Saints Row is much more than a GTA clone. We are very excited to hear that Deep Silver Volition is rebooting this fun action-adventure franchise.

Saints Row, sometimes referred to as Saints Row 5, is an open-world crime game that takes place in a fictional southwestern US city called Santo Lleso. The game won't be available until 25 February 2022, but true fans of the Saints Row series can already pre-order a copy of this title at Epic Games. This is our Saints Row download page. 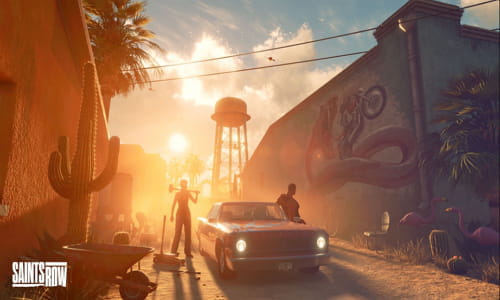 In this game you play a character called The Boss. Together with your friends Neenah, Kevin and Eli you form a crime start-up that goes by the name The Saints. As you build your empire across the streets of Santo Lleso, you will find yourself battling the rival gangs of Marshall, Panteros and The Idols. 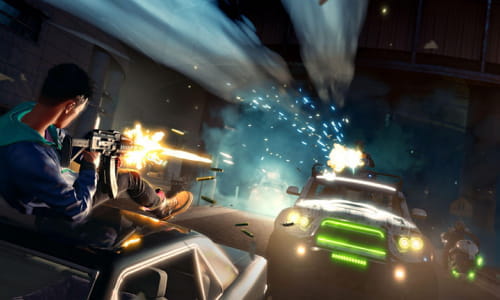 Saints Row 5 is a complete reboot of the Saints Row series. According to developer Deep Silver Volition, the game features the biggest and most diverse Saints Row playground ever created. The immense world of Santo LLeso is the backdrop for a wild sandbox of criminal ventures, blockbuster missions and addictive side hustles. 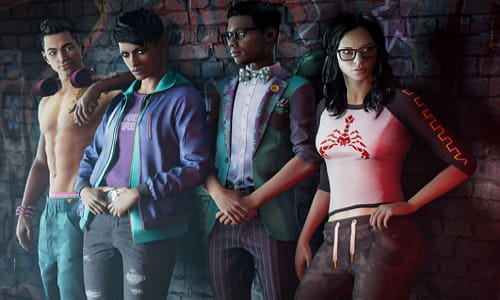 Is This the Same as Saints Row Remastered?

No, this installment of the Saints Row series does not regard a remake of a previous game. It is a brand-new title with a new story that was written from scratch.

When Will Saints Row be Released?

This is the official Saints Row announce trailer:

The PC system requirements for Saints Row are still to be announced.

The new Saints Row will also make its appearance on PlayStation 4/5 and Xbox One/Series X|S.