Overclocking is referred to when the user can change the system parameters to custom values which makes the computer or some of its components work faster than what is specified by the manufacturers. The way Intel Core2Duo is designed leaves a huge potential for overclocking. To do this with your Intel Core2Duo it is important to have an advanced motherboard version along with high quality RAM. The user has to enter BIOS and make the requisite changes. During this process it is also important that one checks continuously for any type of system instabilities like increase in power dissipation or damage caused by overvoltage or excessive heat. 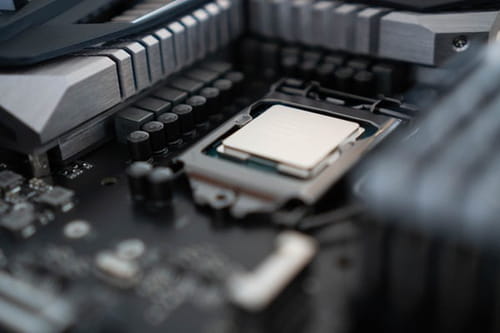 It is a well known fact that the architecture of the C2D has big potential for overclocking. Below is a brief explanation on how to overclock your Core2Duo.

To perform a good overclocking, you need a good motherboard, processor and enough memory.

Intel make use of basebfrequency generated by the chipset of the motherboard, called the FSB for Intel (HTT for AMD ones). Early C2Ds work with a FSB of 266 MHz. This initial frequency is multiplied by the multiplying coefficient of CPU, to provide the final frequency for the CPU.

You may have heard of these popular terms: FSB1066 and FSB1333. These are the names commonly given to frequencies of 266Mhz and 333Mhz C2D as the technology used by Intel can transit four times more information compared to the Pentium 3 that uses the same frequency. This is the famous "Quad Pumped" bus, which provides a fourfold increase FSB base of the motherboard.

From these notes you might have realized that to increase the frequency of the CPU, you must increase the FSB, but the problem is that all frequencies are multiples of this base frequency: PCI Bus and PCI Express, etc. Increasing the FSB without further precaution, increases the others at the same time, quickly making your PC very unstable.

For any overclocking purposes, it is better to buy an advanced motherboard.

But the coefficient still is a serious matter concerning the choice of processor you want to use for overclocking.

For example: imagine that you are in possession of a motherboard that can hold a stable FSB of 350MHz:

To overcome a possible weakness of the motherboard in terms of its capacity to increase in frequency, we must choose a CPU with a high coefficient.

If your CPU holds this frequency, you are above a Core 2 Extreme X6800, the only difference will be concerning the L2 cache - the X6800 is still better than the E4300.

These estimates still remain theoretical; many cards will reach an FSB of 350 MHz, as it is also possible that your processor never gets to exceed 2800 MHz.

The memory case is more delicate. Better have some high quality stuff if you want your overclocking to be successful. And more importantly, it will depend on the chipset of your motherboard and bios.

For example, the P965 RAM requires a high frequency, because in most cases it is impossible todesynchronize RAM, it should therefore be able to collect the increasing frequency.

With Nvidia, the 680 and 650SLI have more flexibility in this area. It is possible to desynchronize the memory by setting the value of certification through an option in the bios ( "INLINKED", for example, on nforce 650 / 680).

Like the CPU, the frequency applied to the memory is the result of a calculation based on the chipset FSB. It is the BIOS which applies a ratio depending on the type of DDR2 it detects (via the SPD).

If you increase the FSB to overclock your processor without further precautions, you also increase the frequency of the RAM.

Be aware, your RAM will never reach this frequency. The PC will crash before arriving at this value.

Hence the importance of desynchronizing the memory, or via a lower ratio (case of P965) or by using the appropriate option in the BIOS (ratios are found mainly on motherboards based on Intel chipsets).

Preparing your PC to be overclocked

Choose a ratio of memory that leaves the memory frequency below its true value (if you have the DDR2 800, set it to DDR2-667).

Check systematically changing frequencies via CPUZ: watch especially the frequency of your RAM. Do not exceed the certified frequency, use lower ratios to continue if necessary.

Go back to the FSB's previous (stable) state if needed.

If you are not satisfied with the result, proceed as follows: test the limits of each of the key elements of overclocking: the FSB, the CPU and RAM.

Once these respective limits are known, we can proceed with a combination of these results.

To go even further, we must adjust the voltages' supply of each component. That does mean going through some advanced overclocking. Note that with the C2D, you are able to increase frequency leaving the Vcore to the original value (up to a gain of 20 to 40% of additional frequencies).

Related
This document, titled « Overclocking Intel Core2Duo platform », is available under the Creative Commons license. Any copy, reuse, or modification of the content should be sufficiently credited to CCM (ccm.net).
Next