Intel and AMD are the two main manufacturers of computer processors, the heart of the machine that runs your PC from the CPU. This is why this is an important choice to make when chosing a new PC or laptop. There are several differences between the two brands that will help you choose one or the other depending on your intended computer usage. 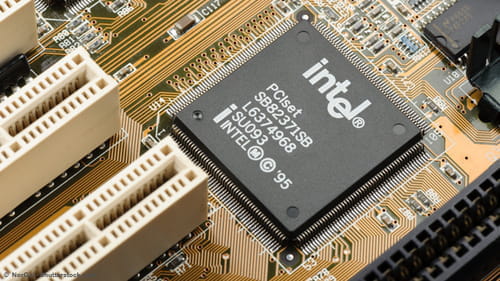 Main Differences Between Intel and AMD

The Number of Cores

While AMD has focused on intergrating an increasing number of cores, allowing less heat to dissipate to prevent the machine overheating, Intel has gone in the other direction. Intel offers processors with fewer cores, but with higher clock speeds.

However, the number of cores ultimately depends on the type of processor from each manufacturer. Among the high-end ones, on Intel you will find processors between 4 to 18 cores and on AMD up to 16 cores .

To prevent certain cores from becoming unproductive at times of low demand, Intel integrates a HyperThreading system that keeps them running to accelerate overall machine performance. For its part, AMD has integrated a similar technology that is MultiThreading but it is only available in its high end Ryzen processors.

In theory, AMD's systems with more cores should have faster performance and less overheating than Intel with its fewer cores, but the latter manufacturer makes up for this with exceptional cooling systems. Therefore, both have a very similar capacity in terms of speed to perform a certain task, the key point nowadays more than speed is the number of actions that can be carried out at the same time and this depends on the processor model more than the manufacturer. 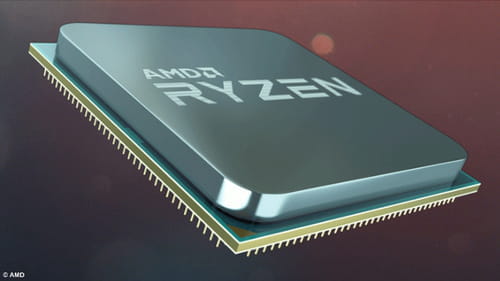 As we mentioned, Intel usually has a higher clock speed, however AMD stands out for offering greater performance to execute several tasks at the same time thanks to the number of cores.

Overclocking is the performance capacity of each processor. Generally CPU's are locked at a certain clock speed, this limit is indicated when you purchase it. However, many processors bring an unlocker with a reserve margin to promptly increase this speed.

In this sense, overlocking depends on the processor model but Intel usually offers a greater acceleration margin than AMD .

If you want a computer to play video games, the most important thing is that you have a discrete graphics card or GPU (graphics processing unit). This is an essential requirement for advanced games, in the case of simpler ones you will be able to eventually run them from the CPU, and in this case, an Intel processor is better. AMD is making efforts to develop chips that can run graphics without the need for a graphics card.

Even if you add an external component to your computer for video game graphics Intel is still the most recommended option since it has a higher clock speed and a wider base. 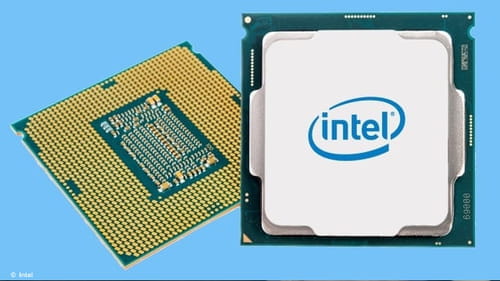 Intel consumes less energy because it tends to heat less thanks to its cooling systems, even though it has fewer cores.

AMD motherboards tend to be more versatile and easily adapt to evolving processors . Instead, Intel boards quickly become outdated and generally require renewal if you're going to buy a new processor. 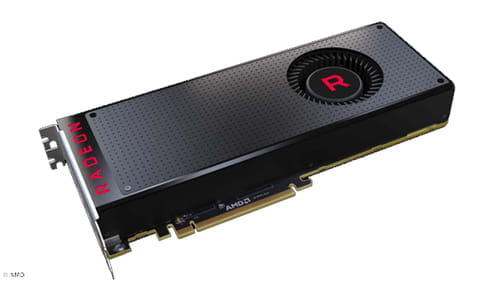 In the market there is a greater variety of Intel parts, so there is usually more options to choose from and they are cheaper. On the other hand, if you buy an AMD processor sometimes you may have compatibility problems with some components.

Intel tends to have greater compatibility with all kinds of parts and is usually the most common choice for those who want to assemble their own computer. 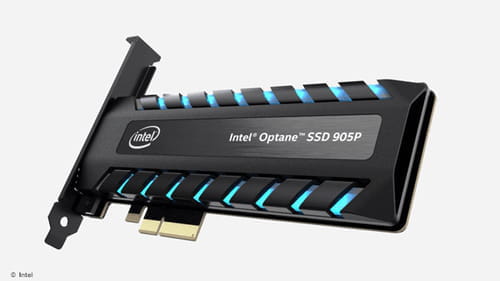 The pins on the AMD motherboard are on the bottom of the CPU, and not on the socket like most Intel processors. This makes AMD models much stronger due to their hardware design and less connection defects.

It is arguably easier to buy an AMD processor than Intel, as Intel primarily sell to manufacturers. As for pricing, it depends on the range of the processor. Among the low-end ones, Intel manages to offer processors at a very reasonable price but with higher performance than AMDs. In the mid-range range, AMD had been the leader so far and has very good value for money options. However, the AMD brand leads the high-end of processors with its Ryzen models that have managed to give higher performance at a lower price compared to Intel .

However, the overall value of a processor constantly varies according to market options, so think carefully about what you are looking for in a processor and how much you want to invest according to the characteristics. Both manufacturers will be able to give you excellent results.

Related
This document, titled « Intel or AMD: Which is the Best Processor? », is available under the Creative Commons license. Any copy, reuse, or modification of the content should be sufficiently credited to CCM (ccm.net).
Previous

What to Do If Your Computer Turns Off On Its Own