When you have several computers, it can be convenient to connect them to each other to create a Local Area Network (LAN). Setting up such a network is a simple process that will be shown in this article. 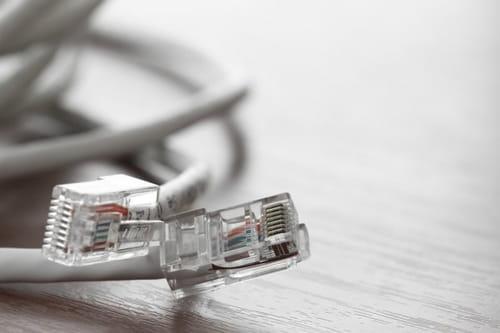 Here are a few advantages you could enjoy by setting up a local area network:

There are two main types of local network architecture:

To create a RJ45 local area network in Windows, you will need:

When applicable, make sure the network card’s LEDs light up when the computer is on and that a cable is plugged in. There are also network adapters for USB ports, particularly in the case of wireless network adapters.

To create a RJ45 local area network, it is recommended that you adopt a so-called Star structure, where computers are connected to the hub via a RJ45 cable. A hub is a device that transfers data from one computer to another. The choice of using a hub will be made in function of the number of computers, in order to have enough plugs (called "ports").

In case of having a large network or a network with substantial bandwidth requirements, a switch will be better than a hub, as it will make possible to send packets only to the concerned computer, whereas a hub systematically sends packets to all connected computers.

The structure of such a network is:

if you only want to connect two computers, it is possible to avoid using a hub, by connecting them directly with a RJ45 cable.

The following network structures will not work, even if they appear to be correct at first, unless the computers have several network interfaces (several cards) and the cables used between two computers are crossover cables:

Related
This document, titled « How to create a Local Area Network (LAN) », is available under the Creative Commons license. Any copy, reuse, or modification of the content should be sufficiently credited to CCM (ccm.net).
Previous