It allows you to create Windows applications on .NET framework. One of the most used tools.

Visual Basic Express Edition is a free set of tools intended for Windows developers to allow them to create personalized applications using basic and advanced settings. 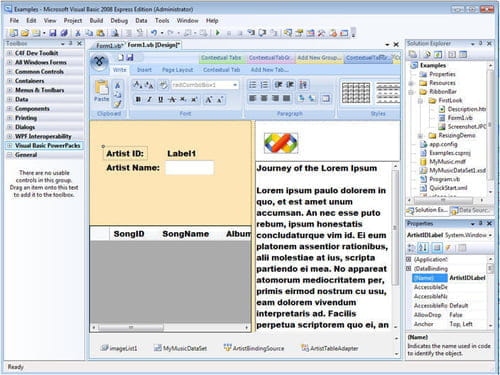