Join Dave and the other minions for hours of fun with this endless run game.

Despicable Me: Minion Rush (also known as Minion Rush) is an endless run mobile game designed for Android and iOS devices. Players can choose between Dave and other minions and have to defeat different villains. The game was developed by GameLoft and was initially released in 2013 and today, it has over one billion downloads. On this Minion Rush download page, we discuss some of the app’s key features, as well as some additional information. 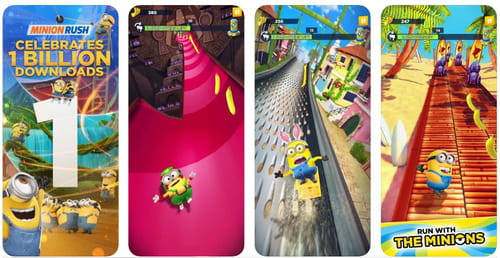 Here are some of the key features of the Minion Rush game: 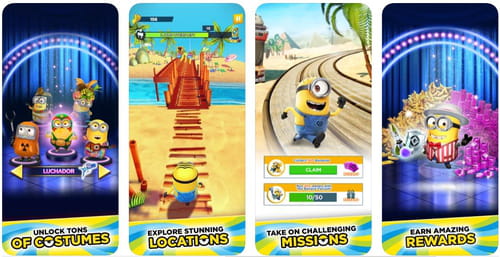 Is Despicable Me: Minion Rush safe?

It seems that this Minion game has no history of security issues or abusive data collecting. As always, we recommend reading the official Privacy policy before installing. When it comes to safety, this game is rated as suitable for children that are at least 10 years old.

Is Despicable Me: Minion Rush free?

You can enjoy this game for free. However, it also contains some optional in-app purchases.

To download the Minion Rush APK, click on the green button at the top of the page. The game is also available for iPhone. Are you looking for a way to play this Minion game online? There used to be a Minion Rush Facebook version, but unfortunately it is not available anymore. The best alternative to a true Minion Rush Online experience is to get Despicable Me: Minion Rush for PC.

In order to run the Minion Rush game on your device, you need Android 5.0 and up or iOS and iPadOS 9.0 and later.