Overwatch is one of the best shooters to share with your friends. It's full of action and fun, and the bright visuals match the gameplay perfectly.

Overwatch is an online multiplayer shooter where players can choose different heroes, each of which comes with different strengths and weaknesses. Those heroes form teams that fight on a colossal battlefield set in different parts of the world. Have you always wanted to challenge your enemies in amazing places like Havana? In Overwatch there is no room for monotony, as it has an amazing number of maps of disparate places, each one with its own peculiar charm. This is the Overwatch download for Windows. 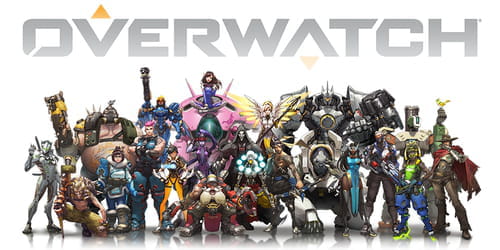 Humans and robots, called "omnics" in this video game, coexist in a society after a hard confrontation 30 years ago, when the latter rebelled. To this day, the conflict still seems far from being resolved. These robots, which were created to serve people, have used an artificial intelligence known as God Program to begin producing omnic military forces en masse with one goal: to annihilate humanity. As a solution to this disaster, the United Nations creates a group of heroes, called Overwatch, that must protect the world from these forces. Will they be able to avoid imminent extinction? 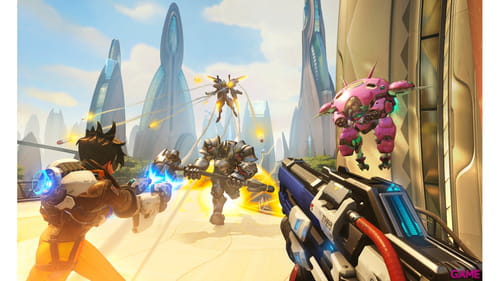 In general, the environment and the characters are well executed and special attention has been brought to details. The experience can be even better if you opt for the highest quality, however, given that this is an online shooter, it requires a certain speed of action, and it is best to try to find the right balance between the FPS and the graphic settings.

There are 6 play modes (+ Tutorial), although depending on the character the gameplay can change substantially.

When did Overwatch come out?

Overwacth was released on May 24, 2016. And when is Overwatch 2 coming out? Well, no date has been confirmed yet but it is highly unlikely that it comes out before 2022.

Yes, after the latest update to Battle.net Overwatch now supports cross-play. To make the most of cross-play, players will need to login into their Battle.net account and link their various console accounts.

Overwatch has been highly acclaimed by critics and on Metacritic, it has a score of 91 points out of 100.
”Overwatch is an amazing experience. It’s fresh and consistently fun, with matches that are great in random groups, but astonishingly good when played with friends. Blizzard has taken its masterful art of polishing and perfection to the team shooter, and things will never be the same.” (Game Informer)

The video game has been classified with the PEGI 12 label. Although players face human and fictional characters with different weapons, there is no representation of physical injuries or blood.

How much is Overwatch?