Rules of Survival for PC

Battle Royale games are heaps of fun to play and Rules of Survival is no exception to this.

If you are a lover of the Battle Royale genre, you have to try Rules of Survival. Surround yourself with intriguing characters and discover a mysterious desert island. There, you will have to face up to 119 enemies and fight as hard as you can to be the last one standing. And be careful, as the sudden release of a toxic gas will reduce the habitable space. When you drop onto the island you won't be provided with any objects. So deploy your parachute, find yourself a weapon and get ready to defend yourself! 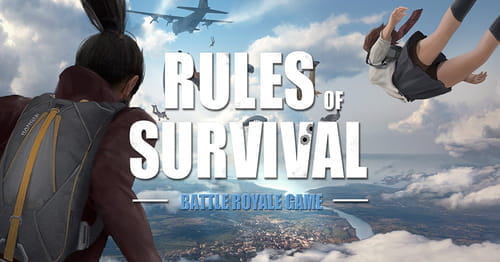 The graphics in Rules of Survival are quite impressive. In addition, an "ultra version" was incorporated in 2018, allowing players of the game to live a much more realistic and immersive experience thanks to new high-definition graphics, real-time weather effects, improved gameplay mechanics, and much more.

Rules of Survival is a multiplayer online video game in which users can face the rest of the battlefield in the Solo Deathmatch Mode. Alternatively, there are modes where players can work together as a Duo (2 players), a Squad (4 players) or a Fireteam (5 players).

There is also a selection of game modes with a special objective, such as the Gold (collect gold) and Diamond (collect diamonds) modes. On the other hand there is the so-called Blitzkrieg mode, in which players will clash head-on, after being dropped on a specific part of the map with a pistol, basic armor and a backpack.

Rules of Survival is not listed on the review-aggregation site Metacritic. However, if we take the game's Steam download page as a reference we can see that it receives mixed reactions with a total of over 4,500 user reviews.

The game has been classified with the PEGI 16 tag. It contains scenes of violence (although not explicit) and the players will use various types of weapons to eliminate the enemy.

Rules of Survival is also available on macOS, Android and iOS.