The term malware regroups viruses, spyware, Trojans, and all sorts of small programs designed to harm your system, steal information and track your activities etc. This article will explain each one. 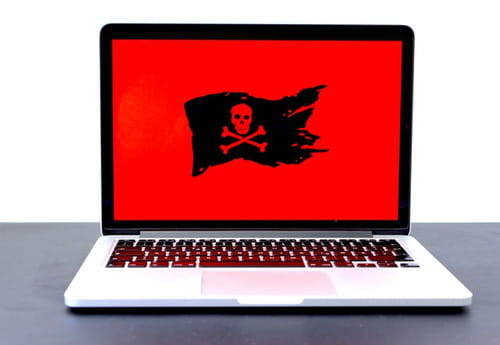 Spyware (spy software or spyware) is a program designed to collect personal data about users of the infected system and to send them to a third party via the Internet or computer network without permission users.

A virus is a piece of malicious computer program designed to replicate itself. This ability to replicate, can affect your computer without your permission and without your knowledge. In layman’s term a classical virus will attach itself to a executable program and systematically replicate to all executable that you run.

A worm (or worm) is a particular type of virus that can replicate through terminals connected to a network, then to perform certain actions which would impair the integrity of operating systems.

A Trojan looks like a valid program. But in reality it contains hidden features, through which the security mechanisms of the system are bypassed, allowing access to your files (to view, modify or destroy them). Unlike a worm, the Trojan does not replicate: it may stay harmless, in a game or a utility until the scheduled date of its entry into action.

A keylogger is software that records keystrokes to steal, for example, a password.

The dialers are programs that make up a number to connect your computer to the Internet. It may be safe and legitimate if it is from your ISP for example. However, some dialers are malicious and can move without your knowledge on your machine and dial a number very expensive number.

A rootkit is a very complex malicious code that can merge with your system, and sometimes to very core of the operating system. It is thus able to take full control of a PC without leaving a trace. Detection is difficult, even impossible on some systems.
Photo: Unsplash

Related
This document, titled « The Different Types of Malicious Programs », is available under the Creative Commons license. Any copy, reuse, or modification of the content should be sufficiently credited to CCM (ccm.net).
Previous

RSIT - installation and first use