On February 17, Nintendo held a new streaming event to announce some of the upcoming games for the beloved Nintendo Switch. Despite the fact that everyone was expecting the announcement for The Legend of Zelda Breath the Wild 2, the Kyoto-based company left some fans sadly disappointed, stating that the news regarding this title will only come later this year. Beyond that, there were plenty of games soon to be available on the hybrid console, including a title from the Zelda saga. If you missed the streaming event and want to know all about the release date of the Nintendo Switch games announced during the event at the Nintendo Direct of February 17, 2021, continue reading this article and leave us a comment to know what is your favorite and most expected game. 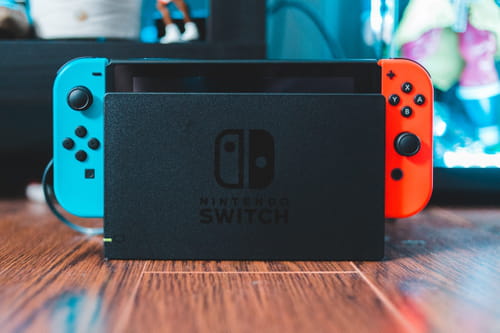 Monster Hunter Rise is the sixth chapter of the highly appreciated RPG video game saga from Capcom, launched in 2004. This new adventure will be set in the village of Kamura (thus of Japanese inspiration), devastated by the calamity called "Fury". The protagonist is a monster hunter who’s set to protect the village from the wandering monsters that attacked it, discover what caused the catastrophe and restore peace. Besides, you'll be able to carry out missions alone or together with friends and explore the different areas of the game in complete freedom.


Monster Hunter Rise is a Nintendo Switch exclusive and will be available from March 26th, 2021. You can pre-order it on the Nintendo eShop for $59.99.

Good news for all fans of the video game series starring the ninja Ryu Hayabusa. Among the titles announced at the Nintendo Direct on February 17th, 2021, the trailer for Ninja Gaiden Master Collection was also shown. It is a three-game bundle. In the wake of Crash Bandicoot: N. Sane Trilogy and Super Mario 3D All-Stars. The games included in the pack are: Ninja Gaiden Sigma (2007), Ninja Gaiden Sigma 2 (2009) and Ninja Gaiden 3: Razor's Edge (2021). In addition to the protagonist, you will also be able to play the heroines Ayane, Kasumi, Momiji and Rachel (depending on the title you are playing).


Ninja Gaiden Master Collection will be available from June 10th.

Golf fans and Super Mario fans have a chance to unite. Nintendo has just announced Mario Golf: Super Rush, the new sports spin-off chapter of the Mario saga (the first themed on Nintendo Switch). You'll be able to impersonate your favorite characters from the mushroom kingdom, such as Mario, Luigi, Yoshi, Peach, Bowser, etc., but also play with your Mii, starting from beginner level, until you reach to become a pro. You can play in Speed Golf mode, challenge your friends locally or online (up to a maximum of three). To increase the fun (and competition) you can also use the Joy-Con Switch as if you were holding a golf club.


Mario Golf: Super Rush will be available from June 25th. You can already pre-order it on the Nintendo eShop for $59.99

After the arrival in 2019 of The Legend of Zelda: Link's Awakening on Switch (released in 1993 for Game Boy), Nintendo has decided to release a new title in the saga of The Legend of Zelda (who's celebrating its 35th anniversary) for the hybrid console. This is The Legend of Zelda: Skyward Sword HD, released on Nintendo Wii in 2011. In this "prequel" (to the original saga), to find his childhood friend Zelda, Link will have to explore both the world of Skyward Sword and the wasteland below it. Unlike the original Wii version, the movement controls have been optimized to feel more fluid. You'll be able to use the two Joy-Cons as a sword and shield. You’ll be able to play with the controller or portable mode, and also use the standard buttons.


The Legend of Zelda: Skyward Sword HD will hit the store's shelves on July 16th. You can pre-order it from the Nintendo eShop for $59.99

One of the top announcements at the Nintendo Direct on February 17th, 2021 was Splatoon 3. Highly anticipated by fans after the great success of Splatoon 2, very little is yet to be known about this new chapter. The game will be set in the new torrid area of Splattonia and it will be possible to use new attacks and new weapons (such as a bow). To keep on with the tradition, you can also play in multiplayer mode, both local and online. One last new feature shown in the on direct concerns is the customization of characters. You will be able to choose different looks for the Inklings and Octolings and increase the fun during your gaming sessions.


Splatoon 3 will be available on the Nintendo eShop and in physical stores in 2022.

Related
This document, titled « Nintendo Switch Games Announced at Nintendo Direct 2021 », is available under the Creative Commons license. Any copy, reuse, or modification of the content should be sufficiently credited to CCM (ccm.net).
Previous

Valheim: Tips and Tricks for a Good Start

Best Soundtracks in Indie Games
Valheim: Tips and Tricks for a Good Start