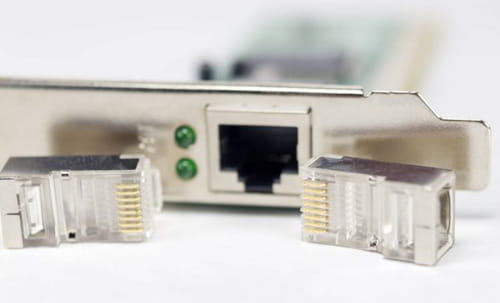 How does it work and compatibility

To prepare data to be sent the network card uses a transceiver, which transforms parallel data into serial data. Each card has a unique address, called a MAC address, assigned by the manufacturer, which lets it be uniquely identified among all the network cards in the world.

Network cards have settings which can be configured. Among them are hardware interrupts (IRQ), the I/O address and the memory address (DMA).

To ensure that the computer and network are compatible, the card must be suitable for the computer's data bus architecture, and have the appropriate type of socket for the cable. Each card is designed to work with a certain kind of cable. Some cards include multiple interface connectors (which can be configured using jumpers, DIP switches, or software). The most commonly used are RJ-45 connectors.

Finally, to ensure that the computer and network are compatible, the card must be compatible with the computer's internal structure (data bus architecture) and have a connector suitable for the kind of cabling used.

What is the role of a network card?

The paths taken by data moving with a computer are called buses. Multiple side-by-side paths force data to move in parallel, and not in series (one after another).

The role of the identifier

If the data is moving too fast for the adapter to process, they are placed in the card's buffer memory (RAM), where they are temporarily stored while the data is being sent and received. 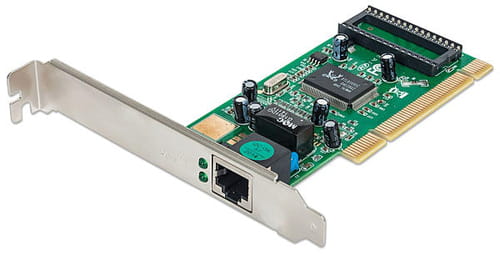 Before the sending network card transmits its data, it interacts electronically with the receiving card to resolve the following issues:

Network adapters have a configuration options, among others:

Note: The card can be configured using software. The settings have to match the placement of the jumpers or the DIP (Dual Inline Package) switches found on the network card. These settings are provided with the card's documentation. Many recent cards use PnP (Plug and Play). This means that the card does not need to be manually configured, but sometimes can cause hardware conflicts; when this happens, it is helpful to disable the PnP option and configure the card "by hand."

Related
This document, titled « What is a network card? », is available under the Creative Commons license. Any copy, reuse, or modification of the content should be sufficiently credited to CCM (ccm.net).
Previous