Subway Surfers is one of the most popular mobile runner games with regular content updates to keep the game fresh. You can download Subway Surfers for PC using an emulator and enjoy the game on a bigger screen!

Subway Surfers is one of the best arcade action games of the moment, thanks, in part, to its impressive high definition graphics, addictive gameplay and regularly updated content. Developed by SYBO Games and KILOO in 2012, Subway Surfers is an endless runner game, akin to Temple Run. The link on this page is for the Subway Surfers download for PC. 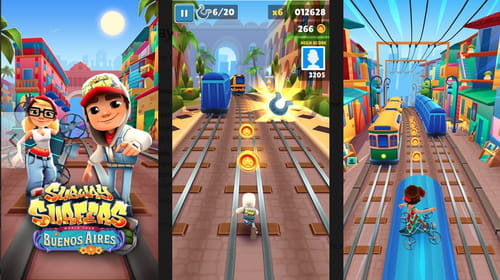 Team up with Jake, Tricky, and Fresh, along with around 100 other graffiti artists who are obsessed with tagging subway facilities, and help them escape from the grumpy police inspector and his pit bull. Surf on hoverboards through the subway system collecting various coins and power-ups as you go which you can later exchange for jetpacks, floating skates and other perks. Just watch out for the sneaky traps that lie in wait! There are regular special events such as Weekly Hunts and the World Tour.

Although Subway Surfers is originally a video game for smartphones and tablets, you can enjoy it on your PC thanks to BlueStacks, an easy to use Android emulator. Once you've installed the program and logged in with your Google account, just one click is enough to start playing Subway Surfers.

On the Subway Surfers Website there is a designated Fanzone where fans of the game can share fan art amongst a very active community. 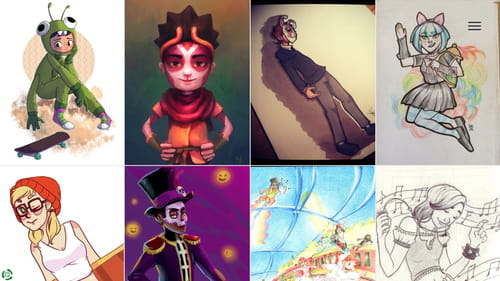 Yes, this is the Subway Surfers game free download for PC. It is also available for free on Android and iOS. There are in game purchases enabled if you want to purchase coins, keys and starter packs.