This beautiful game is a great introduction to Yokai mythology.

Onmyoji: The Card Game is a a duel card mobile game. It was developed by Netease Games Global and is a spinoff of Onmyoji. The story of the game sets the player on a giant tower ship where many Yokaï myths are told - you have to win duels in order to unlock more stories. In this article, we discuss some of the Onmyoji: The Card Game’s key features, as well as some additional information. 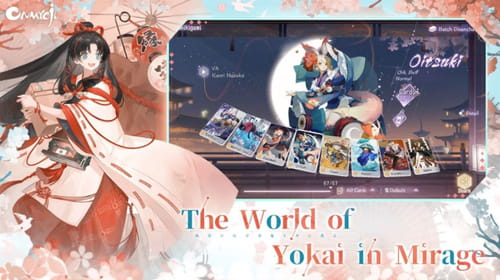 How to Play Onmyoji: The Card Game?

Onmyoji: The Card Game is a mobile card game and as such, it is based on the main mechanics of a card game: building different kinds of decks, depending on your preferred strategy and approach. Do not hesitate to check out some tutorials on YouTube or on the Internet.

Is Onmyoji: The Card Game Safe?

It seems that the app has no history of security issues or abusive data collecting. As always, we recommend reading the official Privacy policy in order to take note of the way Onmyoji: The Card Game uses your data. In general, the game seems as safe as any other mobile game.

Is Onmyoji: The Card Game Free?

You can download and play this game for free. However, it includes some optional in-app purchases.

In order to run this game on your mobile device, you need Android 4.1 and up or, for the Apple version, iOS/iPadOS 10.0 and later.
Images: Google Play