Red Dead Redemption 2 is undoubtedly the best game set in the Far West, with amazing graphics and realistic mechanics.

Red Dead Redemption 2 (RDR2) is the third game in the popular western saga Red Dead. The game is a prequel to Red Dead Redemption, the spiritual successor of Red Dead Revolver. Created by Rockstar Games, this video game takes place in an open-world set in the Wild West of the United States. The objective of our protagonist, belonging to the Van der Linde gang (Dutch’s boys), is to escape the law and the different enemy gangs that want to hunt him down. He will have to decide whether to surrender to avoid being killed or to continue as an outlaw and risk it all. It includes an online mode where players can take the role that best suits their expectations. 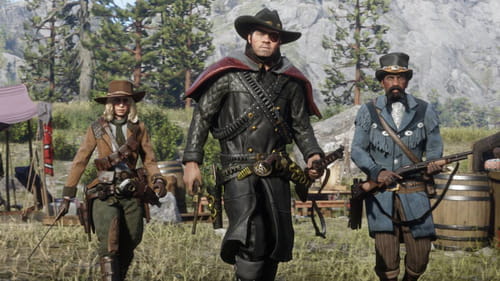 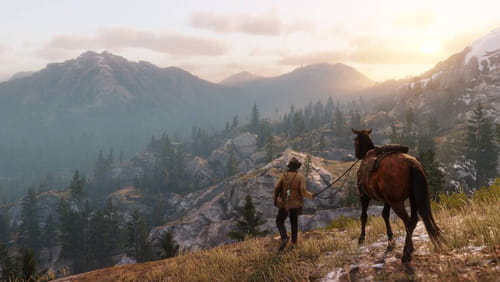 Arthur Morgan is a criminal and outlaw, belonging to the Van der Linde gang, which he joined when he was only 14 years old. In 1899, the Blackwater Massacre takes place, where several members and many innocents are killed by the Pinkerton agency. Arthur and the survivors have lost all their money and are forced to flee to the mountains in the middle of a snowstorm. There they will have to comb the area in search of resources, face enemies, and complete missions to survive, try to recover after what happened and thus return to the top.

There are two modes:

The main story has an average duration of around 48 hours 20 minutes and 75 hours with the side quests.

The game has been classified with the PEGI 18 label, which represents fully adult content. It may contain brutal violence, illegal drug use, or explicit sexual activity.

Here’s how RDR2 scored according to different critics:

Red Dead Redemption 2 is also available on PS4 and Xbox One. Thanks to their retrocompatibility, you can also play it on PS5 and Xbox Series X/S.