Latest update on October 8, 2018 at 04:22 AM by Olivia Long .
There are several ways to take a screenshot. However, on Windows 10, there is a trick to take screenshots more quickly than on previous versions.

Windows 10 was launched by Microsoft in July 2015. Compatible with tablets, smartphones, and computers, this operating system succeeded Windows 8.1.

What Is a Screenshot?

A screenshot is a capture of what appears on the screen of a device (i.e. computer, television, or other) and that is saved as an image (e.g. JPG, GIF, PNG, etc.). Essentially, it is a photograph of the screen. The small file — in comparison with video — allows it to be shared more easily.

What Is the Purpose of a Screenshot?

A screenshot has several purposes. In fact, a screenshot can allow you to bypass websites that prevent copying. It can also help when you have technical difficulties and need to demonstrate the error when you post a question on a forum. Using screenshots in a tutorial also allows you to provide clear steps to achieve a certain action. They are also used in advertisements to demonstrate video game quality.

How To Take a Screenshot?

There are several ways to take a screenshot on Windows 10: by using a keyboard shortcut, via the Snipping Tool, or with the external software of your choice.

Take a Screenshot with a Keyboard Shortcut

To take a quick screenshot, simultaneously press the [Windows] and the [Print Screen] buttons on your keyboard.

The screen will flash as the image is captured. You will find the screenshot in the Pictures folder, under the sub-folder Screenshots, where all screenshots are automatically saved (C:\This PC\Pictures\Screenshots): 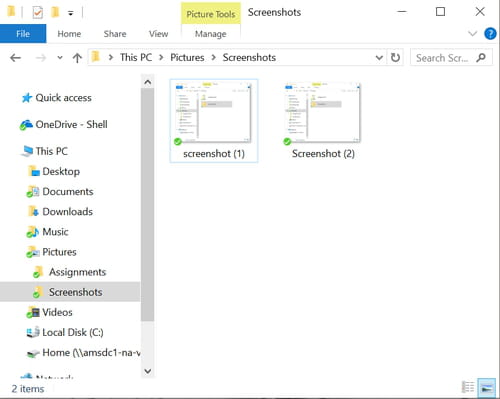 To find this folder again quickly, right-click on the Screenshots folder and select Pin to Start: 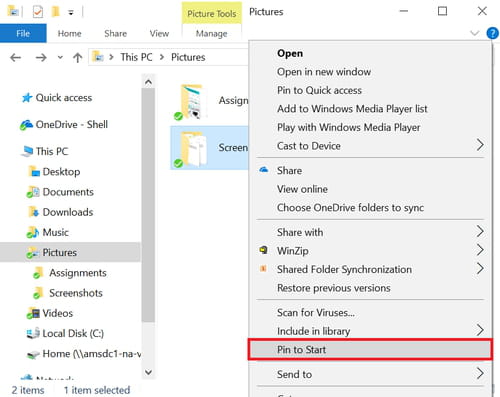 After this, you will have direct access to your screenshots folder from the Start menu:

Another solution is to paste the screenshot in the application Paint and then to save it in any location that you'd like.

Take a Screenshot with the Snipping Tool

Snipping Tool, also available on Windows 7 and 8, is very useful for taking screenshots because it allows you to select the portion of the screen you would like to capture. You can also highlight and add notes to the images.


To find the tool, type Snipping Tool in the search bar: 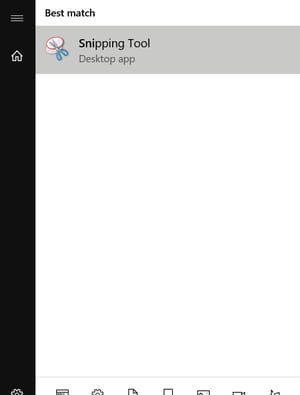 To access it faster, you can add it to your taskbar. To do this, right-click on Snipping Tool, before entering it into the search bar, and click Pin to taskbar: 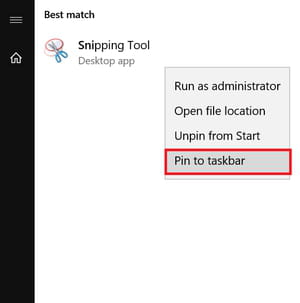 From now on, the screenshot tool will be directly accessible from your taskbar, as seen below:

Note that the Save function allows you to save the photo in any location that you'd like.

Take a Screenshot with Other Software

There are several programs that can help you to take a screenshot. It's even possible to take video recordings of your screen, which is very useful for making interactive tutorials. Here is a non-exhaustive list of software for taking screenshots.

This document, titled « How To Take a Screenshot on Windows 10 », is available under the Creative Commons license. Any copy, reuse, or modification of the content should be sufficiently credited to CCM (ccm.net).