The number of Twitch users continues to grow rapidly, but you may be among those who still don't know what it is or how it works. In this article, we explain everything you need to know about Twitch, the video streaming platform for video games, art, and culture lovers. 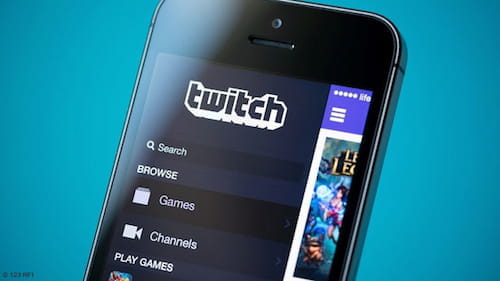 In a nutshell, Twitch, also known as Twitch.tv, is a platform that allows you to broadcast (live or delayed) and watch videos via streaming. Twitch was originally targeted to video games and eSports, although no longer exclusively, and it's most popular in the United States.

Twitch was born in 2011 and was originally designed for video game broadcasts, but the growth took off and the app spread into other areas, such as music and television.

In 2014 Twitch was purchased by Amazon, which could soon reach three million unique users a month. Thousands have even found a way to make money from the platform, either via donations, paid subscribers, or advertising.

How to Register in Twitch

If you want to view videos, Twitch is available on two platforms: via the web at the Twitch website or via an app, found on the Google Play Store and the App Store.

To start using Twitch, you must register on the platform. Get familiar with the rules of the service and then, in the browser version, click on the Sign-up button and enter your details (phone number, email, etc.). If you want to use your mobile device, download the application for your Android or iOS device and register. 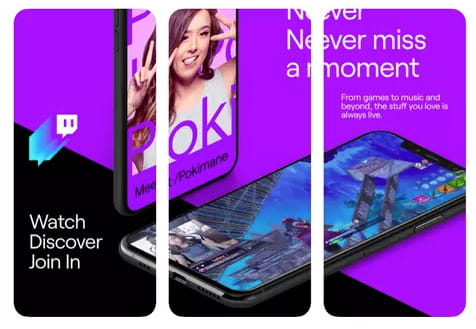 To protect your account, you can activate the two-factor authentication – you can do this on your computer, and you will also need a phone to confirm it.

How to Broadcast Video In Twitch Using OBS From Your Computer

However, if you want to live stream a video while playing or doing another activity, you will have to follow some more complicated steps. Keep in mind that retransmissions are easier if they are made from a video game console, such as PS4 or Xbox One. There are currently several services and programs to help you broadcast and control all kinds of details. The most popular is OBS, which is easy to use. There is also an additional application from this developer – Streamlabs OBS. This program has special features that allow you to earn money in Twitch.

It is possible to broadcast simultaneously on Switch and other services (for example, YouTube), but you will also need an external application, for example, Restream.

When you install OBS, you will need to configure the application. Go to File and select Settings > Stream in OBS. Specify Twitch and link your account with OBS.

Next, in order to broadcast a game, you need to select it in the Sources section – i.e. assign the source of the broadcast. It is also important to set other broadcast settings – tips on how to set the best encoding, bit rate, resolution and frame rate settings can be found here.

How to Broadcast Video In Twitch Using OBS From Your Smartphone

If you use a smartphone, download and install the OBS application. Open the application and click on Go live. Then you will need to give your broadcast a name and select the source of the broadcast. The broadcast starts when you click on the Start stream button.

Now you can start your broadcast! But before you do, it's useful to read the Twitch community rules. For success, it is important to be friendly and sociable. We advise you to actively communicate with other users in the chat service – this way you will attract more viewers to your channel.

How to Watch Broadcasts on Twitch

On your smartphone, you need to get a Twitch application for Android or iOS and an account on the platform. 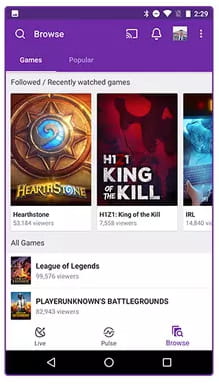 Having an account allows you to track all the broadcasters you subscribe to. You can also chat, use Airplay to watch your favourite broadcasts on the big screen. You can search for broadcasts in the Browse section. At the top of the list, you'll see the channels you've already tracked, and at the bottom, you'll see a list of all games based on their popularity.

The app has two screen modes: a daytime and a dark theme.

Related
This document, titled « What Is Twitch and How To Use It », is available under the Creative Commons license. Any copy, reuse, or modification of the content should be sufficiently credited to CCM (ccm.net).
Previous

What is The Amazon Fire TV Stick?