The scariest night of the year is coming, so it’s the right time to start watching some eerie horror series. In this article you will find out the best mysterious and terrifying horror series to spend a lovely Halloween night at home. Be ready for some very vivid dreams afterwards! 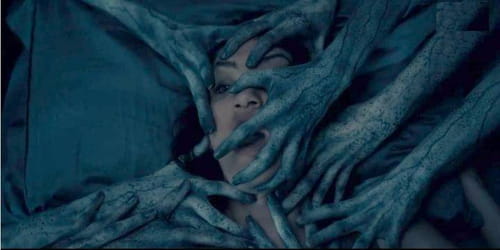 The Chambers series tells us a story about a young woman, who survived a heart attack and got a new heart transplant that is very mysterious. The more she gets to the truth about the donor of the heart that saved her life, the scarier and more sinister it becomes. One more bonus is that Uma Thurman and Tony Goldwyn star, so you can definitely add it to your Halloween watchlist.

Chambers is available on Netflix.

Kingdom is the first original South Korean Netflix series about a Prince in 1500s Korea who has to fight the plague and undead trying to take over the Kingdom. The royal intrigues and machinations, plus the pandemic, zombies and some massive battle scenes make it one of the best and the most elaborated must-see horror series on Netflix.

You can stream Kingdom on Netflix.

A brilliant series based on fairytales and stories we all know well, such as Dr.Frankenstein, Dracula, Dorian Grey and more. Movie stars Timothy Dalton, Eva Green and Josh Hartnett make the show even more addictive, so you can plan your Halloween night with several episodes of Penny Dreadfull and familiar legendary characters sneaking around in dark Victorian London.

Penny Dreadfull is available on Netflix, Hulu and Amazon Prime.

Horror and social drama Lovecraft County based on Matt Ruff’s novel of the same name is not only about monsters and supernatural creepy events happening to the main characters Atticus Freeman, Letitia and George, but also about racist terrors of white America. Atticus with two other characters is going on a trip to find his missing father. On their way they encounter lots of natural and unnatural obstacles that they have to fight in order to survive.

You can watch Lovecraft County on HBO every Sunday.

If you watched one of the Netflix novelties – Ratched series and loved its quite gory and horrifying atmosphere, then you might adore almost the classic – American Horror Story with lots of blood, monsters, disgusting murders, witches and other eerie settings. The good news is that you can start from any season, since their storylines are not directly interconnected. The cast of good actors, naturally make it an excellent watch.

You can watch American Horror Story on Amazon Prime, Netflix and Hulu.

This series is not at all like its funny and cute predecessor we all watched on TV in the 90’s, although the main character was inspired by it. Half-witch Sabrina also lives with two of her aunts, but her life is filled more with grotesque demons, monsters, cannibalism and extremely evil details. Don’t worry: the badass magical cat is present.

You can watch Chilling Adventures of Sabrina on Netflix.

Not only scary but also quite educational, the Lore series was created after Aaron Mahnke’s extremely popular podcast with the same name. On screen the executive producers of The Walking Dead и The X-Files turn it into multiple really addictive stories about the beginning of supernatural events and creatures: the history of werewolves, possessed dolls, vampires, ghosts, etc. with horror scenery blended with some archive documentary facts.

You can stream Lore on the Amazon.

The Haunting of Hill House

Half-horror, half psychological thriller, the Haunting of Hill House is based on Shirley Jackson's classic horror novel of the same name. Although it’s not the exact adaptation, it is really terrifying and creepy. The House on the Hill keeps a lot of dark secrets, and the Crain family that comes back to live there has to solve its riddles and not go crazy. If you watched and liked Gerald's Game or Doctor Sleep, you will definitely love this one, because it features the same executive producer Mike Flanagan who specialises in making audiences scream in fear.

The Haunting of Hill House is available on Netflix.

The Terror’s first season was based on Dan Simmons’ novel about the story of the HMS Erebus and HMS Terror’s horrific expedition to find the Northwest Passage in 1845. The second season is takes place on the west coast of the United States during World War II. Both seasons are equally terrifying with very well-worked sets, so you can enjoy the graphics and decorations while screaming in fear.

You can watch the Terror on Hulu and Amazon Prime.

Related
This document, titled « Best Scary Series to Watch on Halloween », is available under the Creative Commons license. Any copy, reuse, or modification of the content should be sufficiently credited to CCM (ccm.net).
Previous