iOS is the mobile operating system created by Apple, Inc. that is reserved for some of their devices, such as iPhone and iPad. Staying up to date with the latest version of iOS provides bug fixes, security upgrades, and new features, as stated by Apple. The new Apple update iOS 15 Beta version will soon be available and among the innovations of the latest OS version, there are Facetime improvements, the ability to add keys to Apple Wallet, Notifications Summary, and Weather app novelties.. In this article, we discuss all the news and specifications of this new Apple update. 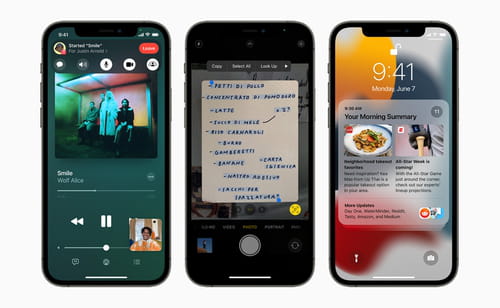 Apple announced a major iOS 15 update during the WWDC event. Although the iOS 15 update will be broadly available in September 2021, you can already test the public beta version in July. Here we will introduce you to the most important feature improvements of the new iOS.

Facetime is getting more life-like thanks to 3D audio and voice isolation that give you the feeling that you are in the same room with the person you are talking to. Now you can also switch between Grid view for group calls and Portrait mode with a blurred background to focus on your face. Also, you can now create Facetime links like in the Google Meet to organize and plan calls. And the SharePlay function lets you share your cell phone screen whilst you are playing a game or watching a TV show. 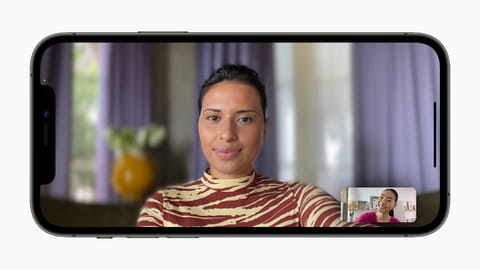 Now you can update your iMessage status (like in WhatsApp), share almost any content, and create collages in group chats to make your media files and news links more organized and easy to access. Live Text feature lets you take a photo of text, extract it into another document and even translate it. This feature might come in really handy if you work a lot with texts. 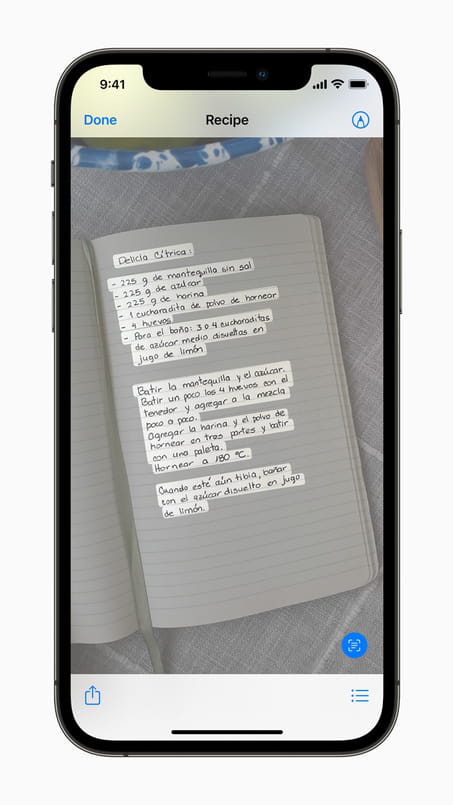 In the new iOS 15 you can schedule your notifications in Notifications Summary and get rid of the sometimes annoying Notifications Center. You can also prioritize some apps and see the alerts from them on a locked screen depending on your calendar and location. 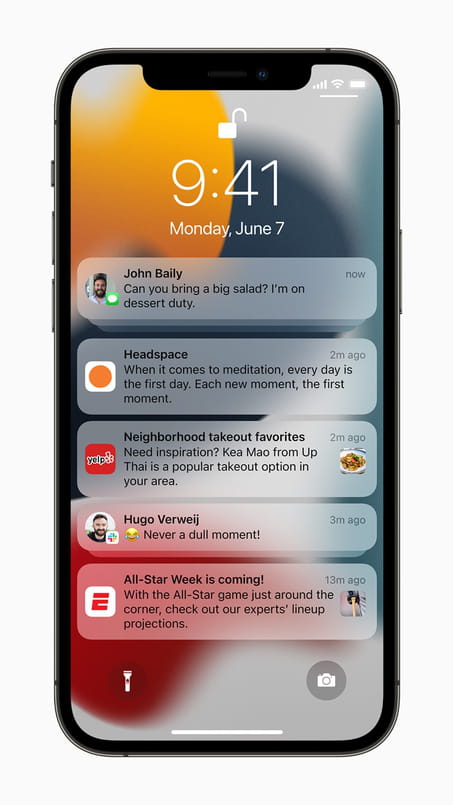 The future is here and now you can include keys there, which can come in handy whilst staying at the hotel, for example. As developers say, soon you will be able to add your ID card or driving license into your Apple Wallet. 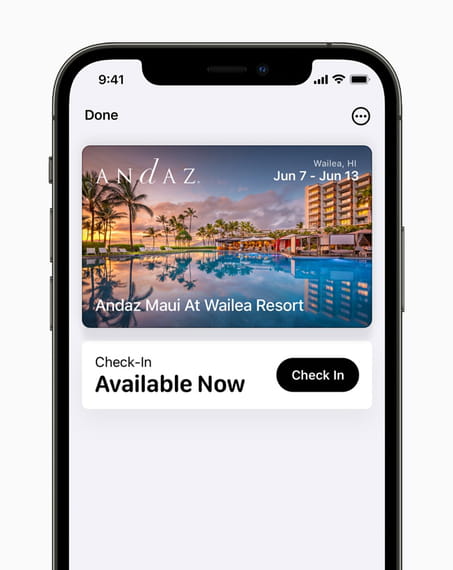 The weather app also gets an update with new animations, climate maps, and a very accurate forecast depending on the exact geolocation. 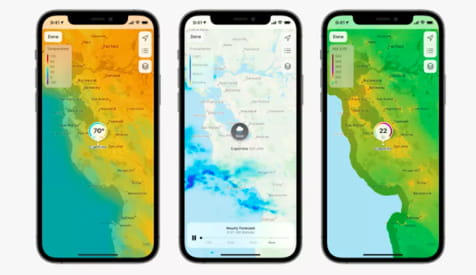 Apple Maps now can compete with the most common Google Maps app thanks to the improved details, 3D landmarks, night mode, and transportation data. You can even use AR built-in technology when walking on foot. 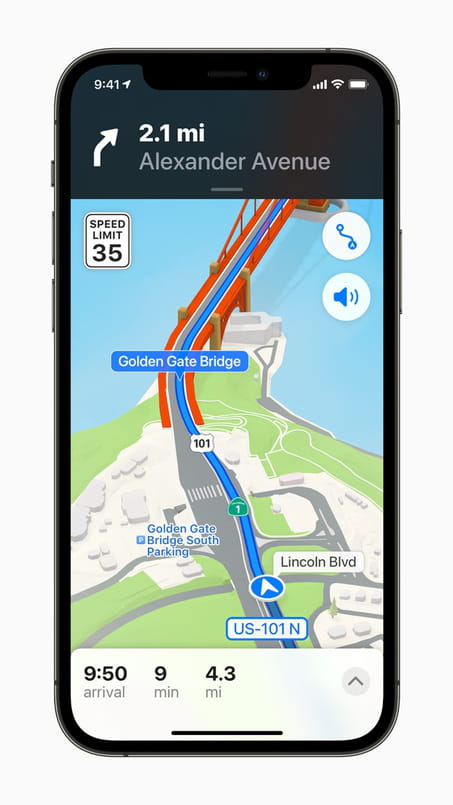 How to install iOS 15 Beta update?

The official start for iOS 15 is scheduled for September 2021, though you can already test the public beta version in July. Note: Beta versions are not final so can contain some bugs. To install the Beta iOS 15.0 update, follow these instructions:

1.Go to Apple Beta page and register with your Apple ID.
2.Log into the Beta Software Program and click Enrol your iOS device.
3.Go to beta.apple.com/profile on your iPhone and download and install the configuration profile.
4.Now you can access the update by selecting Settings > General > Software update.

How to update your iPhone to the latest version of iOS

As usual, Apple will send its users a notification on their phones indicating the availability of the new iOS update. However, we recommend that you first save a backup copy on iTunes or iCloud. (unnecessary action, at your discretion).

Using Over The Air (OTA) update

Once you get it, you can select the received notification that will take you to Settings. Select General and then Software update. Next, confirm the new update and wait for the system to download and install it automatically, restarting it with the latest version of the operating system.

The update to the new iOS 15 can also be done through iTunes. In this case, you will need to connect the device to your computer with the cable and wait for it to be recognized. Once this is done, go to Summary and Check for updates. Accept the available update and the device will restart and proceed with the automatic update.

Related
This document, titled « Everything About the Latest iOS Update », is available under the Creative Commons license. Any copy, reuse, or modification of the content should be sufficiently credited to CCM (ccm.net).
Previous

How To Set Up Your Medical ID on iPhone?

How to Record Your iPhone Screen

How To Set Up Your Medical ID on iPhone?
How to Record Your iPhone Screen