GTA V is one of the most popular, and most successful video games ever made. Released in 2013, GTA V is now nearly 8 years old, and has long since passed the longest amount of time between Grand Theft Auto game releases, with the second biggest gap being 5 years between GTA IV and GTA V. In 2021 Rockstar will be releasing GTA V on its 3rd generation of Consoles (PS3 / PS4 / PS5 or Xbox 360 / Xbox One / Xbox Series S|X), giving no immediate news on the much anticipated GTA 6. This article will gather all the information that is currently available about Rockstar Games’ GTA 6, such as the possible release year, the setting, and a look at a leaked potential map. 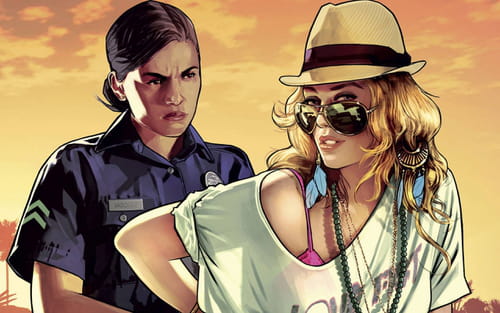 To date, there has been no official GTA 6 announcement, neither has there been any statement from Rockstar Games about the much anticipated follow up to GTA 5, however considering the massive success that is GTA 5, it is almost certain that Rockstar will release GTA 6.

When is GTA 6 Release Date?

There is currently no official release date for GTA 6 or any official press release to answer the question of when is GTA 6 coming out. The current best estimate can be made based on previous release history, some guesswork, and a possible leak (which will be discussed below).

At best, GTA 6 could be released in September 2023, based on nothing being announced in 2021, and a first GTA 6 trailer being released in 2022, allowing 1 year of marketing before GTA 6 is finally released. 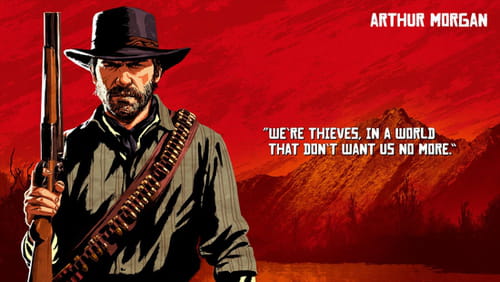 Has GTA 6 Leaked? The short answer is, no? The long answer is, a number of supposed GTA 6 screenshots have been published on various online mediums. All of these supposed leaks have to be taken with a pinch of salt, and until Rockstar confirms any of the details, they are mostly speculative.

For the moment, there is one main leaker, a Reddit user: GTA_VI_Leak, who has published many posts containing possible information about the setting, playable characters, game features, weapons, cars and a release date. He claims to work for an “independent marketing company who specialises in marketing AAA games”, giving him access to a considerable amount of information - if they are to be believed.

What is Project Americas? Project Americas was another leak claiming that the game will be set in Vice City, with parts on the story set in Liberty City, and a large Southern American city. This theory shares elements from the above leaker, including the names of potential characters.

There are several supposed GTA 6 screenshots on the internet, such as this one below, although it could be fan art. The house with a pool next to a street with palm tree's looks like Miami, and could add weight to the Vice City location rumors. 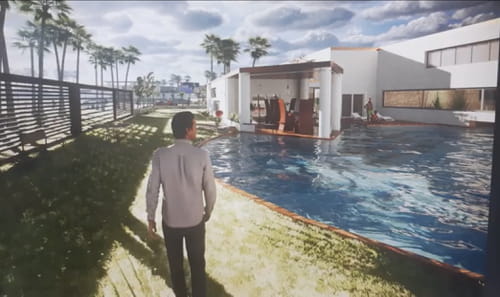 What is the GTA 6 location? This is one of the most talked about topics surrounding GTA 6. Many of the rumours about GTA 6 have suggested a return to Vice City (Miami) with the presence of a region in South America where drugs will be smuggled in from. Whilst, again, no official announcement has been made by Rockstar, there is much speculation. 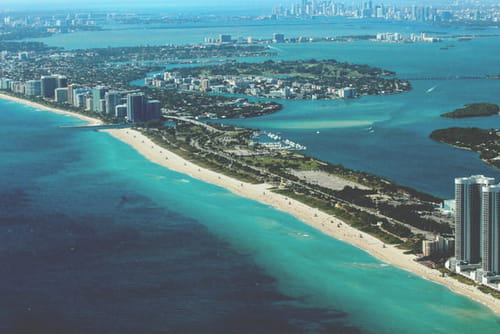 Another rumour has suggested that GTA 6 will feature multiple cities. Using the next generation of consoles to make one of the largest open worlds ever made. GTA could revisit Liberty City (New York), Las Venturas (Las Vegas) and also Los Santos (Los Angeles), although this trio of cities seems unlikely. GTA 6 will most likely not feature Los Santos, the main photo GTA 5. 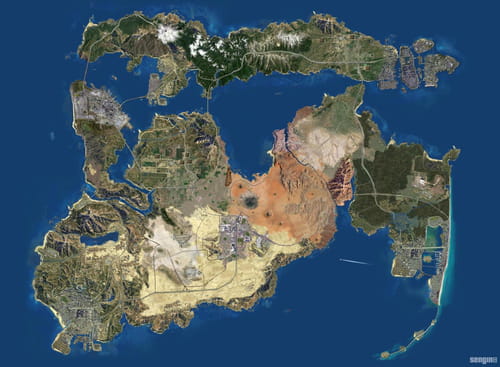 According to the leaker, GTA_VI_Leak on reddit, GTA 6 will feature Vice City, Liberty City, and Cottonmouth, Carcer City, lots of swamps and countryside surrounding Vice City, and several South American islands to the south of the map.

Interestingly, both Carcer City, and Cottonmouth already exist within the Rockstar Game’s universe and can be found in the Manhunt series. 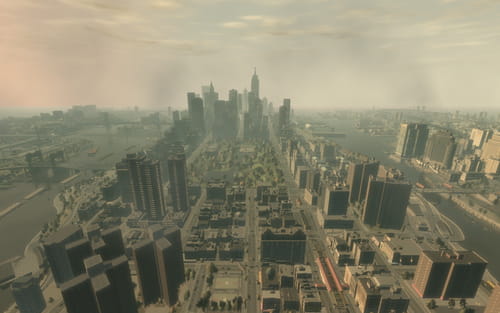 Again, no official map has been released, however there are several fan made maps. These maps combine several cities and are much larger in size than previous GTA and RDR maps. Below is a map based on supposedly leaked information. It contains the above mentioned cities, and a South American location. 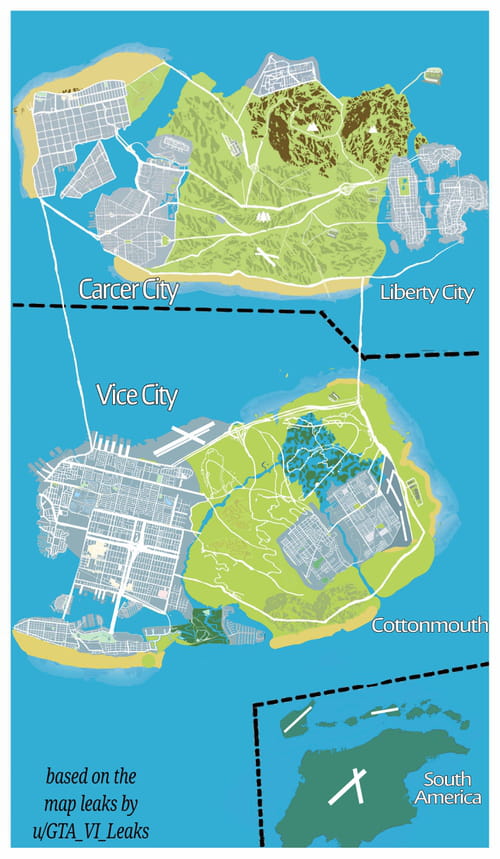 No official announcement has been made about the GTA 6 playable characters. GTA 5 had 3 playable characters and the interchangeability between them was an excellent addition in terms of gameplay. It would not be surprising if GTA 6 continued this approach.

The aforementioned Reddit leaker, GTA_VI_Leak has stated that the story revolves around three playable characters; Ricardo, Kacey and Rose.

If you want to follow the leaks published on Reddit by GTA_VI_Leak, you can find all of their posts on their profile. Or you can read the GTA wiki page.

Related
This document, titled « GTA 6 Release Date, Location and Rumors », is available under the Creative Commons license. Any copy, reuse, or modification of the content should be sufficiently credited to CCM (ccm.net).
Previous

How to Play GTA V on a PC With a Controller