The story of The Elder Scrolls Online continues to evolve with every chapter and frequent updates aim to improve the gaming experience. If you love fantasy, Tamriel is the perfect place for you.

The Elder Scrolls Online (TESO or ESO) is a massively multiplayer online role-playing game (MMORPG), a part of the Elder Scrolls series, that was first released on April 4th, 2014. The game was developed by ZeniMax Online Studios and published by Bethesda Softworks and was renamed The Elder Scrolls Online: Tamriel Unlimited after adopting a buy-to-play model (with optional subscription) that replaced the original-subscription based model. Just like other games in the franchise, TESO is set in the continent of Tamriel. In this article, we discuss some of the game’s key features, as well as some additional information. 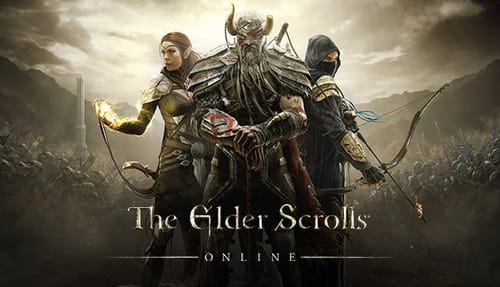 Players have two main missions: to defeat Prince Molag Bal and decide the fate of the world and two win the vacant imperial throne. To obtain the supreme power over Tamriel, the player has to confront three alliances of the mortal races and recover their soul, which has been stolen by Molag Bal.

Just like other Elder Scrolls games, TESO starts with the character being held as a prisoner that has to escape. 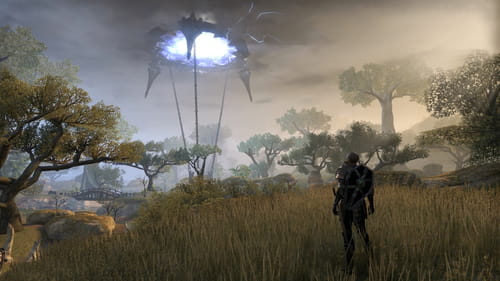 As mentioned above, The Elder Scrolls Online is an MMORPG, which means that interactions happen in real-time. In this game, however, there is no offline single-player campaign. When creating their characters, players have to choose between ten different races and six different classes, which results in different attacks, spells, and passive effects. Once they start the game, players have the possibility to explore the world freely, undergo various quests, and participate in random events. 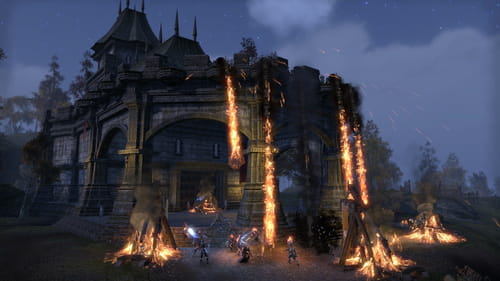 No, PC gamers have their own servers and can’t join Xbox or PlayStation players. When it comes to the Elder Scrolls Online crossplay possibilities, you can only play the game within the same console family. In other words, there is a shared server for Xbox One and Xbox Series X|S (only), as well as a shared server for PS4 and PS5 (only). The next-gen release is set for June 15th, 2021.

When it was first released, the game received mixed reception and a score of 71 points on Metacritic. However, thanks to constant updates and added content, The Elder Scrolls Online sold over 15 million copies by 2020. Here is what the critics have to say about Blackwood:

The Elder Scrolls Online: Blackwood delivers more of the same – albeit this new helping is a step up from last year’s Greymoor expansion in its often funny writing and striking map layout. Blackwood leans hard on its nostalgia, but it actually manages to feel like an appropriate prequel to Oblivion without forcing you down too many of the same paths. Its companion system is definitely worth checking out, too, but it may not be enough gameplay variety to recommit a fan who is tired of ESO in general. For those of us who are still happily jogging along on the treadmill, though, there’s plenty to do and see here, if for no other reason than to simply fortify your understanding of Elder Scrolls lore. (IGN)

The game is rated with a PEGI 18 label. It may contain intense violence, blood and gore, sexual content and/or strong language. Another argument for that label is that real-time interactions may make the experience quite addictive.

No, the game is not free, even though there are some official free-to-play periods. You can purchase the Standard edition (base game + The Morrowind Chapter) for $19.99. Players can also opt for a monthly subscription plan with the ESO Plus Membership. Prices start at $11.67 per month. Membership is billed annually.

For The Elder Scrolls Online download, click on the green button at the top of the page.