Super Mario World works like a charm when emulated on a PC or mobile device. And perhaps the best of this, is that you can play it completely free of charge.

The history of each Nintendo console is inevitably linked to a game in the Super Mario saga, and for the SNES this was undoubtedly Super Mario World. With more than 20 million copies sold worldwide, it is not surprising that many of us want to play this game again and relive their favorite Mario moments. Thanks to this Super Mario World ROM, you can enjoy this game on your PC completely free of charge. 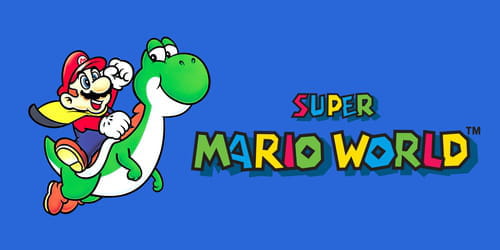 The two most adorable plumber brothers of all time, Mario and Luigi, are back. Time is ticking and your duty is to rescue Princess Toadstool, who finds herself kidnapped by your fiercest enemy Bowser. In addition to Mario and Luigi, Yoshi makes his debut appearance in Super Mario World. Yoshi is a cute little dinosaur who will offer you a helping hand throughout the adventure. 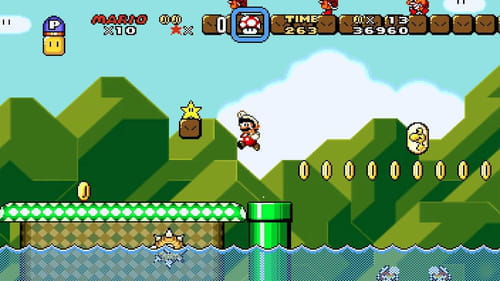 Despite being released back in 1990, Super Mario World is a video game that has excellent 2-dimensional graphics, even by today's standards. The game's soundtrack was created exclusively by means of an electronic keyboard.

Super Mario World can be experienced as a solo adventure and also in cooperative mode, where the second player will control Luigi. The availability of this 2-player mode depends on the choses SNES emulator.

The game has been rated with the PEGI 3 label, meaning that it is suitable for all audiences.

How to play Super Mario World?

Once you have downloaded the ROM, all you need to start playing Super Mario World is to load it into a SNES emulator application, such as SNESGT or SNES9X. For more information on emulating Super Nintendo games, check out this article.

This SNES Mario ROM is playable on virtually any operating system (Windows, macOS, Android, iOS, etc.) as long as you have a compatible emulator.