the best hunting simulating game. Can be a great alternative to the actual hunting :)

Deer Hunter is a First-Person Shooter hunting simulator. While playing, the gamer has to use his best strategy to hunt down the prey. Armed with a rifle and customizable hunting tools, he has to travel throughout many areas in several countries. Thanks to competence and good tactic, handling this game is simple. 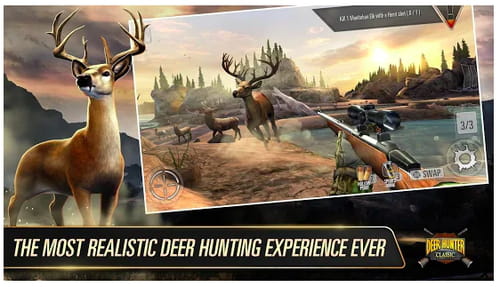 The game is also available for iOS devices.
Share
Related
Latest update on December 11, 2020 at 04:47 PM by David Webb .
View all 2 comments