If you love strategy card games that are fast-paced, then Hearthstone is just for you. Set in the universe of the Warcraft series, the game is perfect for fantasy lovers.

Hearthstone is an online digital collectible card game that was developed by Blizzard Entertainment and was first released in 2014. The game is based on Warcraft’s lore and players can find the same elements, characters, and relics as in the infamous series. In Hearthstone, every card is a part of a set and three major card sets are added every year under the form of expansions. This is the Hearthstone download for Windows. 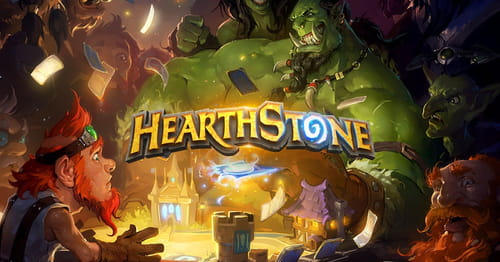 As mentioned above, Hearthstone is a collectible card game and decks are composed of 30 cards. The game is turn-based and features one-on-one matches (two opponents). Every player has a selected hero (with unique abilities) and their ultimate goal is to destroy their adversary’s hero. To do so, players use minions, spells, weapons, and hero cards from their decks. Completing quests earns players in-game rewards, such as new cards. However, cards are also available for purchase through in-game purchases or through in-game gold.

It is important to note that Hearthstone is available only online and doesn’t have physical support. 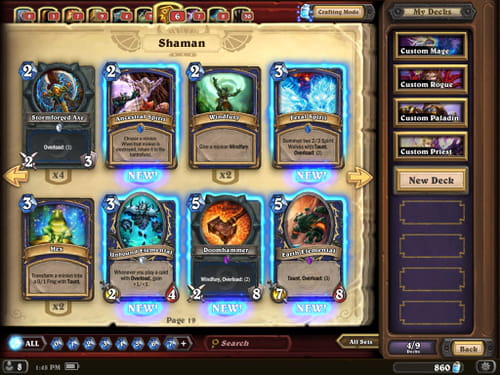 How to play Hearthstone

As many card games, Hearthstone may sound intimidating. However, you can always follow the official tutorials.

Hearthstone was generally well recieved and has a score of 88 points on Metacritic.

”Hearthstone is addictive, highly strategic, and chock-full of fun collectible card battling; the fact that it's totally free (if you want it to be) makes it one of the best values in gaming today. This is your new obsession; embrace it.”(GamesRadar+).

Hearthstone has been rated with a PEGI 7 label. The game doesn’t have visual representation of violence but some of the cards design may be too scary for children under 7 years of age.

Hearthstone is free-to-play. However, you may need to pay for some options.