Super Mario 64 is a timeless masterpiece with an incredible amount of replay value. Do you have what it takes to rescue princess Peach?

Even people who have never played or owned a Nintendo 64 before, have probably heard of Super Mario 64 at some point in life. We are talking about the first Super Mario game in 3D, a title that forever revolutionized the platform games genre. Our beloved plumber Mario has to run, jump and climb through 15 beautifully designed worlds throughout his quest to rescue Princess Peach, who finds herself kidnapped by the evil villain Bowser. 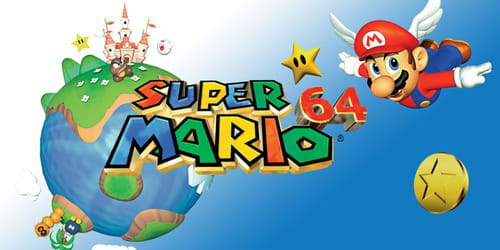 One upon a time in the Super Mario universe, princess Peach invites her friend Mario over to eat a delicious piece of cake that she has baked for him in her castle. When Mario arrives at the castle he soon discovers that something is not right. It appears that Bowser has invaded the place and he has imprisoned the princess. The only way to recover the princess is to collect all of the 120 Power Stars, which are hidden throughout the castle and being protected by Bowser's minions. 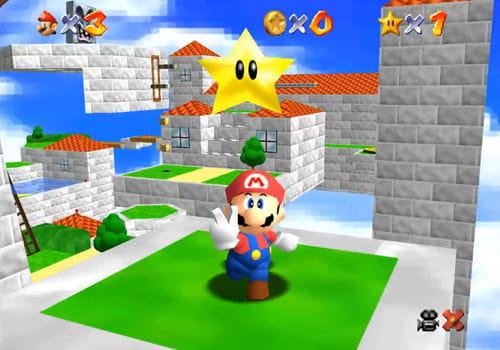 This is a top of the line platform game that we absolutely love. The graphics and sound of Super Mario 64 were considered groundbreaking at its time of release, pushing 64-bit console technology to its absolute limits.

Super Mario 64 is a solo adventure in which you have to beat a series of levels until you have freed princess Peach from captivity.

"As the first true 3D platform game, the game does everything right. Super Mario 64 is a masterpiece in the truest sense of the word.” (All Game Guide)

Super Mario 64 has been rated with the PEGI 3 label. Thus, making it suitable for all audiences

How to play Super Mario 64?

Once you have downloaded the ROM, all you need to start playing Super Mario is to load it into a Nintendo 64 emulator software, such as Project64.

This Mario 64 ROM is playable on virtually any operating system (Windows, macOS, Android, iOS, etc.) as long as you have a compatible emulator.