The Web's favorite video and animation player.
Adobe Flash Player is an essential plugin for your browser!

Adobe Flash Player is both a sophisticated and striking client runtime, allowing users to receive high-quality content on their computers. It provides a rich user experience, such as the easy creation of cubic Bezier curves with the cubicCurveTo drawing API, the development of devices using large bitmaps, and full-screen mode with support for all keyboard keys that are inside of Flash Player. 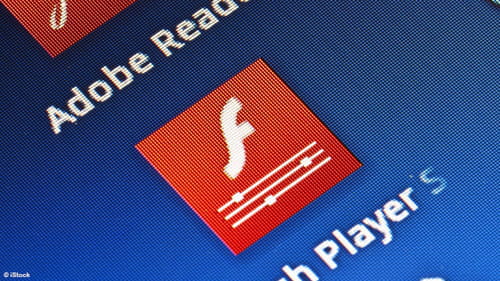 When working with images, users can import GIF, JPEG, and PNG files. In addition, users can transform 2D into 3D with easy-to-use APIs and 3D tools, which are provided.

Do I Need Adobe Flash Player?

The Adobe Flash Player plug-in is used to play videos, games and other interactive content. Previously, Adobe Flash was required to play YouTube videos, now this is no longer the case.

Flash Player is a relatively old plug-in (January 1996), it has become increasingly susceptible to malware. As a result, most web browsers have even started disabling Flash Player content by default for security reasons.

The problem is not necessarily Flash Player itself, but some malware is added into a seemingly harmless Adobe Flash Player package, tricking you into downloading a virus. Another potential red flag is when a site asks you to update Flash Player. Your browser should automatically update it. If you do need to update it manually, do so via the official Adobe site.

Ultimately, while there have been some security concerns with Adobe Flash Player in recent years, if you install it from a trusted source then you should have no issues. 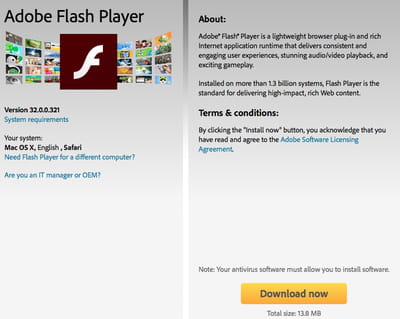 Adobe Flash Player is also available for Mac OS. The Official Adobe Website should automatically detect which version you need for your device.