The md5sum utility is used to calculate what is called the fingerprint of a file. A small tutorial for the program "md5" or "md5sum" commonly called "checksum". ( the checksum is a value of 128 bits corresponding to a checksum calculated from the archive). 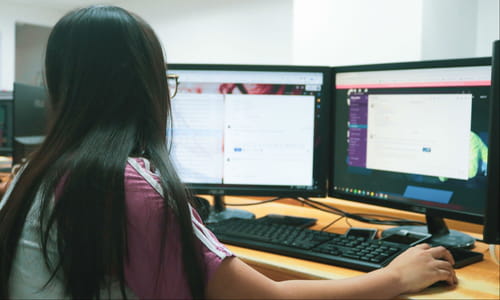 An MD5 checksum is not intended to guarantee the provenance of a file or filegroup. His interest is to verify the integrity of the retrieved data. Indeed, no one is immune from disturbance or a network problem which results in the corruption of an archive is being downloaded.

If however you were not at the root of your hard drive, type: cd then [Enter].

Make sure the "md5.exe" file is there:

Then run the following command:

Assuming that our image file is in "D: \ image_isoSmoothwall"

After a few seconds you should have the following result:

Use the "-n" if you do not want to have the name and path of the image displayed after the comparison:
C:\md5sum>md5 -n D:\image_isoSmoothwall\smoothwall-2.0-metro.iso [Enter]

Another method is to place the program "md5" or "md5sum" (depending on the program downloaded) in one of the following directory:

You can from this point call the "md5" or "md5sum" command (from the MSDos command prompt) directly from the directory containing the .iso image.

Via a Graphical User Interface "GUI"

Once installed, launch it, a small GUI will open prompting you to:

That's it. You have nothing else to do but wait (less than a minute at most, depending on the size of the file).

The md5sum usually comes (by default) with most distribution. If, however,it is not present, refer to the following address to download a compressed archive:

Under GNU/Linux, all you have to do is to go to the directory containing your file to verify and type the following command:

The result should appear after a few seconds as follows (same as in Windows):

If you don't want to go to the directory containing the file to be checked, you can also specify a path like this:

Note that:
Remember to use the "completion" (press the TAB key) to complete your command lines.

Via a Graphical User Interface

There is a project called Parano offering a GUI for the creation/editing/checking MD5 or SHA-1 under Gnome.

The project seems to be discontinued, but still it may be helpful

For Windows and GNU/Linux

To generate an MD5 sum, you must simply perform the same operation as the verification, namely:

Note: The filename can be any type of file (archive, images, text, iso, executable, etc.. etc..).

On Windows, the command is not always present natively.

If you want to create a text file (my_file_md5sum.txt), you must redirect the output of the md5sum command to the text file itself instead of standard output, namely the screen. Use the redirector ">", common to Windows and GNU/Linux.

Related
This document, titled « Check Integrity of Downloads with md5sum », is available under the Creative Commons license. Any copy, reuse, or modification of the content should be sufficiently credited to CCM (ccm.net).
Next

Transport Protocol TCP/IP is not installed

Transport Protocol TCP/IP is not installed