If you are a fan of the Harry Potter saga, you might already know that there are many video games available based on the novel. In some of them, you need to explore Hogwarts and follow the plot of the book and a movie, while eating Bertie Bott’s Every Flavor Beans and Chocolate Frogs. In others, you can participate in Quidditch matches, and some games challenge you to solve puzzles and learn how to cook potions and use spells. In this article, we gathered the best Harry Potter-inspired games. 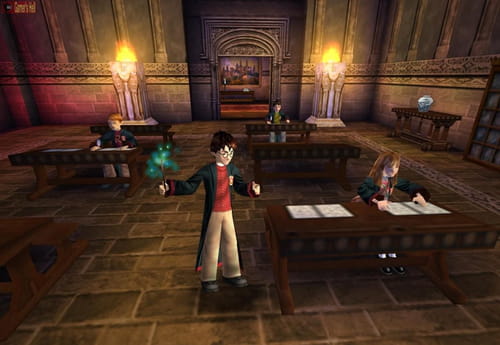 If your favorite part in Harry Potter books and movies was the Quidditch match, then this game is for you. You can choose your team from the famous Hogwarts faculties: Gryffindor, Ravenclaw, Hufflepuff, or Slytherin. The goal is to win the Quidditch World Cup and compete against other players, including the ultimate champion Viktor Kram. The best part of the game is that you have to master your flying on a broomstick, which has nothing to do with classic games like football or basketball.

You can learn more about Harry Potter Quidditch World Cup game and purchase it on Electronic Arts official website.

Harry Potter and the Sorcerer’s Stone

In this game you play as Harry Potter himself, and you follow the plot of the first book of the Harry Potter Universe. You will explore the school of witchcraft and wizardry, collect Bertie Bott’s Every Flavor Beans and famous witches and wizards cards, savor Chocolate Frogs, learn how to ride a broom, solve riddles, and practice spells. In the end, you will have to face You-Know-Who so be prepared for the fight. This game is considered the best among other Harry Potter books-inspired ones.

You can learn more about Harry Potter and the Sorcerer’s Stone game and purchase it on Electronic Arts official website.

A mobile game based on the original plot

This is a Harry Potter-inspired mobile game where you can be a part of the mystical and magical universe. You can choose your character, be among other Hogwarts students, learn spells with Dumbledore, cook potions with Professor Snape, discover never-before-seen rooms in the school, play quidditch, and defeat dementors. This game gives you a full immersion into the Harry Potter Universe, which you’ve always dreamed to be a part of. 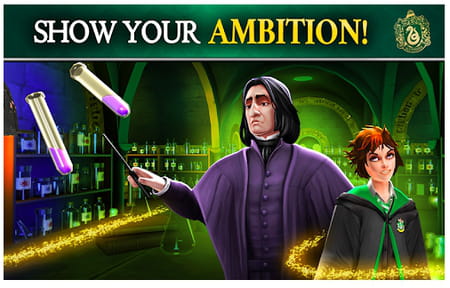 You can download Harry Potter: Hogwarts Mystery for Android and iOS/iPadOS devices.

Build your own Harry Potter universe

Harry Potter was the first story applied to Lego veneer in 2001, after which a lot of popular movies and shows turned into a digital or physical Lego game. In Lego Creator: Harry Potter there are no such goals as to fight You-Know-Who or learn spells, it is more about building and creating your own Hogwarts and Harry Potter universe with no boundaries but with Lego details. 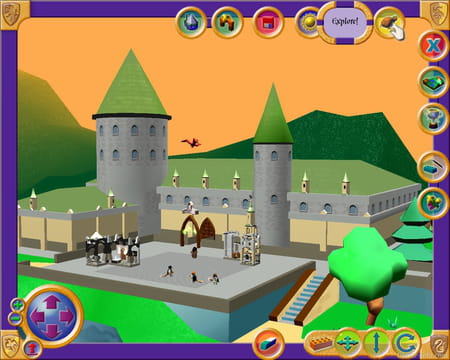 You can buy the computer game on Amazon, though before purchasing it, make sure that your computer is compatible with the game.

This is one of the latest Harry Potter games created in 2019. It is the most full-featured game with an augmented reality (AR) specialty. It inserts magic, spells, wizards, and witches into your real world, so you can fight You-Know-Who in your own courtyard, or learn spells at home with the help of the Ministry of Magic. You can connect with other players and experience your neighborhood with a Harry Potter-inspired environment to make the story as real as possible. 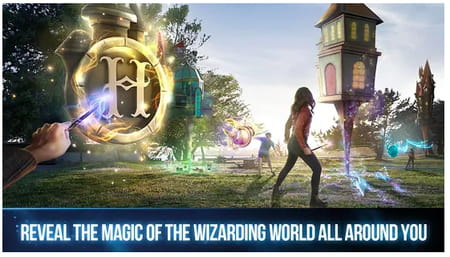 The game is available for Android devices and iOS.

Related
This document, titled « The Best Harry Potter Video Games », is available under the Creative Commons license. Any copy, reuse, or modification of the content should be sufficiently credited to CCM (ccm.net).
Previous

Everything you need to know about E3

The Best Gaming Keyboards
Everything you need to know about E3