During the Electronic Entertainment Expo (E3) the game developer Bethesda Game Studios revealed more details for their newest game – Starfield. It is a sci-fi RPG game where you can create your own character, explore space and find the answer to ‘humanity’s greatest mystery’. In this article, we’ll tell you everything you need to know about the Starfield game, such as the release date, rumors and leaks around it, as well as the setting, and other details. Read on! 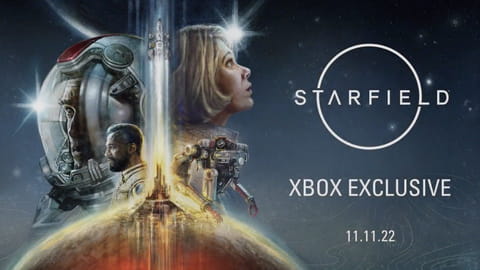 When is the Starfield release date?

The Bethesda Starfield game was under development from 2017 already. Finally, Bethesda Game Studios revealed during the Microsoft & Bethesda showcase at the latest E3 event, that Starfield will be released on November 11th, 2022 exclusively on Xbox and Windows PC.

According to the Starfield developers, Bethesda Game Studios, the gameplay is set in space, where you have to explore the stars, cosmic ships, and the galaxy. Your mission is to save the world, as “we’ve come to the beginning of humanity’s final journey”.

"In this next-generation role-playing game set amongst the stars, create any character you want and explore with unparalleled freedom. Harnessing the power of next-gen technology and built on the all-new Creation Engine 2, Starfield takes you on a journey through space as you strive to answer humanity’s greatest mystery.",- the development team shared their insights during the interview with the Washington Post.

Bethesda Game Studios Executive Producer Todd Howard got inspired by eternal questions about the space, such as “what is out there? Are we alone? What are the origins of space and time and all of those things? What role does religion play in some of that as well?”, and together with books and movies, video games seem like a good way to explore this side of our lives. 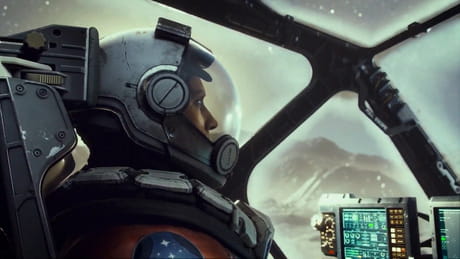 The game is set between the stars, on a cosmic base. It is happening around three hundred years in the future, so you can see some futuristic details, such as a robot called Vasco who will help you to save the world. It is a single-player adventure game, and you can create and customize your own character, as in other Bethesda games, such as Skyrim and Fallout. You can also change the perspective from first person to third person.

At the end of August 2021, Bethesda studios published three videos of locations within the game.

A space port, the capital city of the united colonies. It is a true melting pot and a reflection of the future of humanity.

Akila city is the capital of the free star collective. The city is walled to protect inhabitants from wildlife.

Neon was built as a fishing platform, however once they discovered a fish with psychotropic properties, the platform turned into Neon, a pleasure city.

The official trailer was leaked just before the presentation of the game during the E3 showcase, though for now, all the information we know has already been disclosed.

Before the official release of the game, you can watch the Starfield trailer to get an idea, what the game is like and view the quality of the graphics.

Starfield will be released on Xbox Series X, Xbox Series S, Game Pass, and Windows PC. The game isn’t coming on PS5 and will be an Xbox exclusive since Microsoft has acquired the production company Bethesda Game Studios.

To learn more about the game and its developers, visit the official website of the game and subscribe to its newsletter.

Related
This document, titled « Starfield: release date, location, and gameplay », is available under the Creative Commons license. Any copy, reuse, or modification of the content should be sufficiently credited to CCM (ccm.net).
Previous

What Is Xbox Games Pass and How Does It Work?

Connecting an Xbox to a PC

What Is Xbox Games Pass and How Does It Work?
Connecting an Xbox to a PC