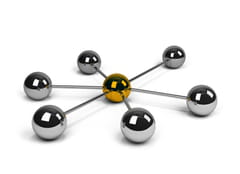 LAN refers to a group of computers that all belong to the same organization. They are linked within a small geographic area using a network and often the same technology (the most widespread being Ethernet).

By expanding the definition of a LAN to the services that it provides, two different operating modes can be defined:

What is “MAN network”? MANs connect multiple geographically close LANs (over an area of up to several dozen miles) to one another at high speeds. Thus, a MAN lets two remote nodes communicate as if they were part of the same local area network.

A MAN is made from switches or routers connected to one another with high-speed links (usually fibre optic cables).

A WAN connects multiple LANs to one another over great geographic distances. The speed available on a WAN varies depending on the cost of the connections: it increases with distance, and can be low.

WANs operate using routers that can choose the most appropriate path for data to take to reach a network node. The most well-known WAN is the Internet.

TANs, or Tiny Area Network is the same as LANs but smaller, consisting of 2 to 3 machines.

CANs, or Campus Area Networks is the same as MANs, with bandwidth limited between each of the network's LANs.
Image: © Xander Maslennikov - 123RF.com

Related
This document, titled « Types of Networks », is available under the Creative Commons license. Any copy, reuse, or modification of the content should be sufficiently credited to CCM (ccm.net).
Previous