Some time ago, Microsoft did away with automatic updates and in the process gave more control to users, who now have the ability to pause updates or even turn them off completely. This decision was taken to avoid compatibility problems like those that have arisen with the 2004 version of Windows 10, which surprisingly not all users have received yet despite being released at the end of last May. Therefore, in this article we will show you what your options are to update the system to the latest version of features available, in this case known as 21H1, released on 18th May 2021. 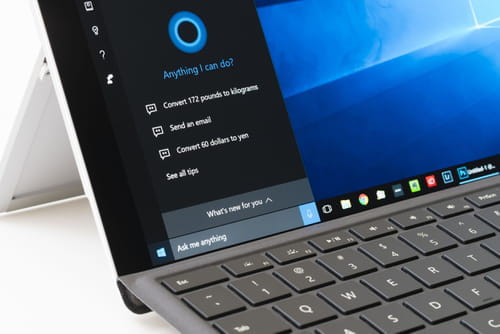 Note: Note: a requirement to qualify for the latest update is that you already have the previous version installed. If you are not sure if this is the case, see here how to know which version of Windows you have.

Among the standard changes provided by the Windows 10 May 2021 update are the correction of many known bugs, the renewal of some interface features and improvements to accessibility features.

How to Upgrade Windows 10 to The Latest Version

Through The Windows Update

Click the Start button (the Windows logo), and then click the cogwheel icon. In the new window that opens, go to Update and Security. In the left column, select Windows Update, and then click Check for updates. Once the search is complete, two things may happen: 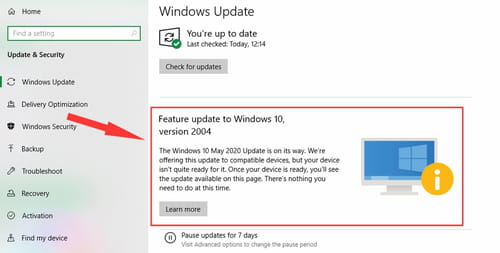 If you are impatient to have the new update, there are other methods to force the update ( be sure to make a backup beforehand to avoid unnecessary risks). The easiest one is to access the Microsoft download portal, click on Update Now and follow the instructions on the installation wizard. 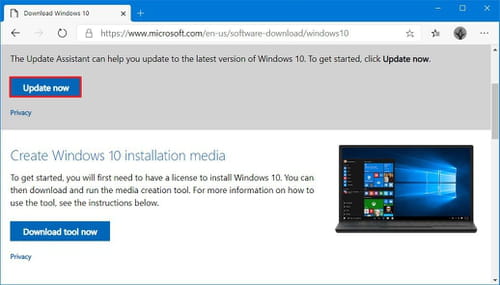 With The Media Creation Tool

This method is similar to the previous one, so you will have to go to the Windows 10 download page again. Then click Download now and open the file MediaCreationTool2004.exe when the download is finished. 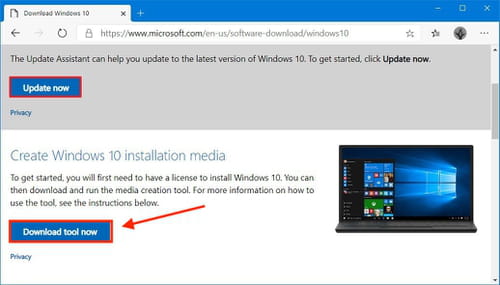 On the first screen click OK and on the second screen check the box Update this computer now and click Next. Follow the process and restart your computer when prompted.

If you’re greeted by the message "This computer cannot be upgraded to Windows 10" after trying the above procedures, we advise you to give up for now and try again at a later date. Hopefully, Microsoft will have already fixed the issues that made this upgrade incompatible with your computer. 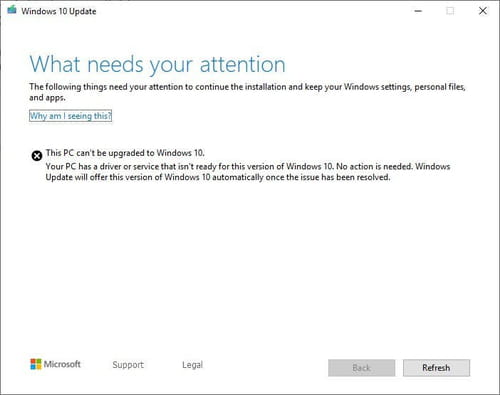 As a last resort, you can rerun the media creation tool and choose the Create installation media (USB flash drive, DVD or ISO file) option for another PC. Follow the instructions to create a bootable USB or burn the Windows 10 ISO image to a DVD and use that external drive to perform a clean OS installation. For more details, see "Using the installation media you created” in this article. We do not recommend that you do this unless you’re well acquainted with the process and even then, we cannot guarantee that it will work as Windows may have blocked this upgrade path for your PC.

How to Find Out Which Version of Windows 10 You Have

Related
This document, titled « How to install the latest Windows 10 update », is available under the Creative Commons license. Any copy, reuse, or modification of the content should be sufficiently credited to CCM (ccm.net).
Previous

Where Does Windows 10 Install Apps

How To Remove Password Control at Login on Windows 10