Who doesn't want to have some music on their smartphone these days? Now-a-days many people use music streaming services, such as Spotify and Deezer. In a previous post we showed you the five best online music Apps. Although some may seem outdated, there are still those who prefer to download the songs directly to the cell phone. This allows you to listen to music offline and even to store and transfer files to other devices. 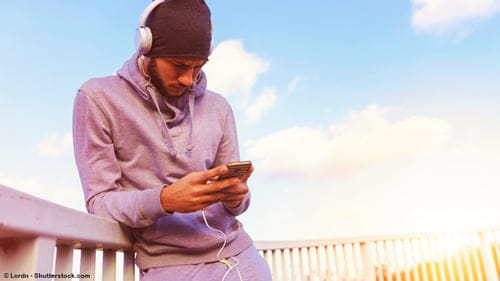 Here are several types of applications that allow you download music in Mp3, a versatile audio format that takes up little space.

As its name indicates, Mp3 Music Downloader is an application to download music to Mp3 format. It is free and offers a range of more than one million songs that can be downloaded quickly. It is also possible to create playlists and listen to them both online and offline. Their services are only available for personal, not commercial, use: 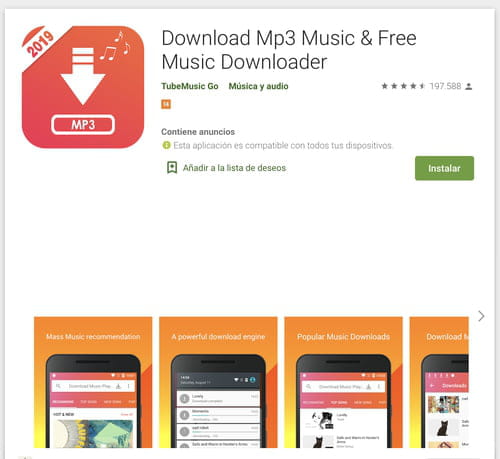 The App is only available for Android, but it also has a web version to listen to and download music to the computer.

Free Mp3 Downloads is an application, also for Android, that allows you to access a database of songs that you can listen and download on your phone in Mp3 format. It has a search engine to filter by genres, by artist, or by song title. Both the player and the download system are quite intuitive and user friendly: 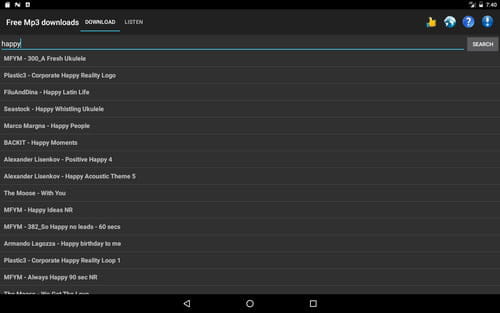 Music Downloader & Player is an App that is available for download for iPhone and iPad. It is completely free and, like the previous ones, it has a music search, playback, and download service to save the songs on the phone in Mp3 format. Unlike the previous ones, this application has an attractive interface that also looks a bit like Spotify: 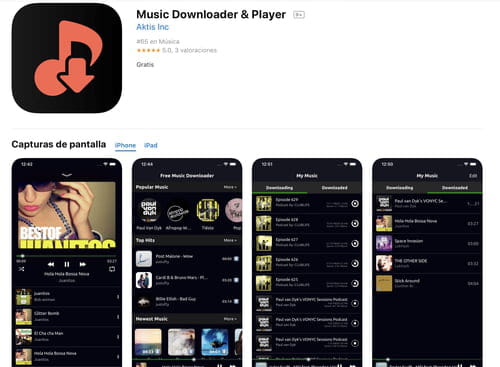 Napster for iOS and Android

Napster is another popular music streaming platform. There is a free version and several levels of subscription. In addition to being able to search for music and create lists, it is possible to save playlists making them available offline. It's available for download for iOS and for Android: 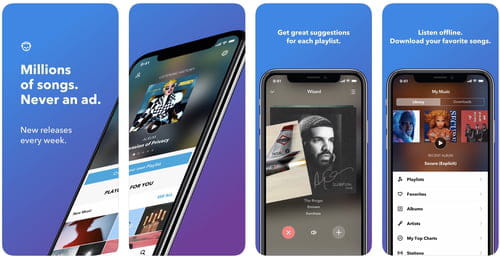 Jamendo Music for iOS and Android

Jamendo has a Music version and Radio version, one to search for songs and another for radio stations. Like Napster, Jamendo works as an online playback platform. It allows you to create and download playlists that can be played to offline.

You can download Jamendo for iOS here and Android here. It is also a music streaming service, which was popularized by its web version from where you can download the songs or discs in Mp3. It offers a version for personal use and another for commercial use: 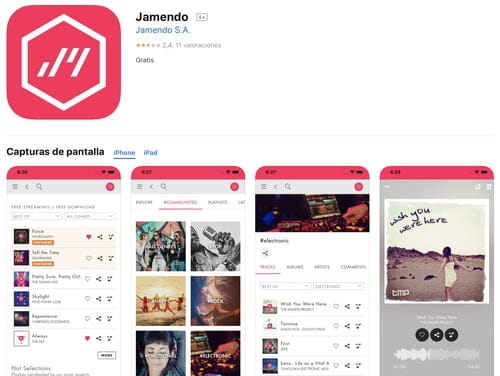 Related
This document, titled « The Best Apps to Download Music », is available under the Creative Commons license. Any copy, reuse, or modification of the content should be sufficiently credited to CCM (ccm.net).
Previous

How To Improve Spotify Sound