Latest update on January 1, 2020 at 01:52 PM by Daniel Telele.
Often our cell phones overheat, which can cause it to slow down or even shut down. Shutting down and slowing down protect the device from further damage by reducing the heat generated by the processor. In this article we will share several reasons why your cell phone is heating up and some tricks to avoid it. 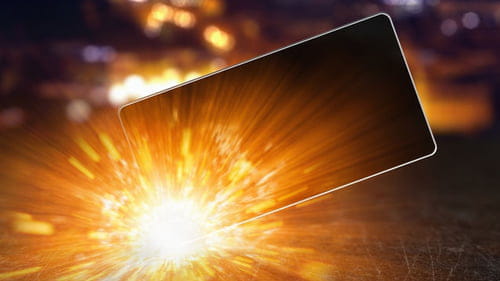 The surrounding temperature (indoors or outdoors) has an impact on your device's performance. Extreme temperatures, continued exposure to sunlight, and other sources of heat can ruin your cell phone. If you are in a hot area and your phone is getting hot, turn it off for a bit and leave it in a shaddy (ideally cooler) area to reduce the temperature.

Another common reason is that the phone battery is defective. You will notice the heat is concentrated where the battery is located. In that case, it is better to find a new one.

N.B.: A defective charger could also cause your phone to overheat. Check if it's damaged and working correctly.

If your phone starts to heat quickly while using your favorite apps, it's likely because they are high performance programs or because there are too many apps open at once. If it happens to you, close all running apps and check if the device cools.

Additionally, you can check which processes are using more memory and resources on the phone. If you have Android, go to Development Options > Process statistics. If you have an iOS device, there is a function called System Status Lite, which identifies and deactivates large apps using the most processing power.

While it's tempting to use apps such as video games or GPS while the phone is charging, this is a common mistake and further increases the temperature of your device. We recommend that you never use your mobile while charging it.

How To Change Your Google Account on Your Mobile

How to send free SMS?

How To Change Your Google Account on Your Mobile
How to send free SMS?