The year 2020 has shown us how the Internet continues to integrate into our lives and how we have become more and more dependent on digital technology. This trend presents enormous opportunities, but it also imposes a great responsibility on us. Cloud technology, artificial intelligence and neural networks, virtual reality, customer data platforms, universal digital passports – in this article, we will discuss the main digital tech trends for the year 2021. 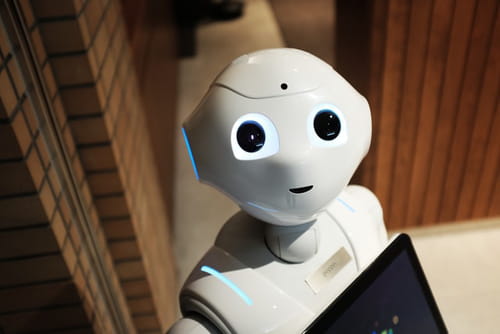 Working and Staying at Home

2021 promises to be the year of the boom in smart home gadgets that help us at home (the so-called "Internet of Things"), as well as services and applications through which we communicate and work remotely. Zoom, Google Meet, Microsoft Teams, Discord, Jitsi and other video conferencing tools that became so popular during the pandemic and will continue to evolve and get new features in 2021. The choices become richer: of course, many of us will continue to use Google Drive and other Google products, but why not, for example, try new services, such as Miro, which is a virtual work board on which you can work together to create projects using images, graphs, stickers and other interactive materials and tools. 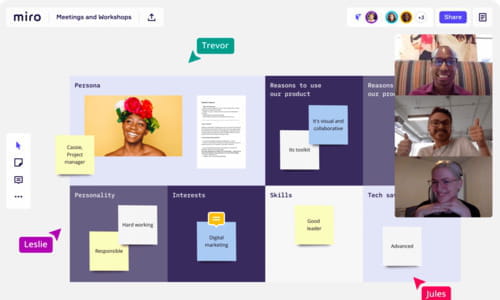 Online communication opens the door to virtual reality: for example, the new Microsoft Virtual Stage technology, which uses Azure Kinect technology, not only allows us to include any content as a background in video conferences but also makes it possible for video participants to interact with virtual reality elements.

Increasingly, we are dating online, having fun, and shopping from the comfort of our homes. During the pandemic, big online retailers, online movie theaters and dating apps are having their finest hour. But it's important not to forget that digital technology also allows us to support small businesses and create local projects. For example, to team up with the tenants of neighboring houses to solve communal problems or just to learn a recipe for a new dish. There are also a lot of services and projects on the Internet that help us not to be passive consumers, but to develop creatively and learn - in this article we talk about such platforms. 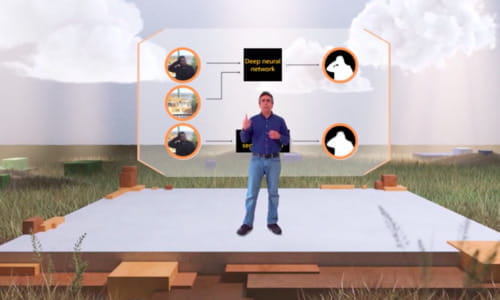 The introduction of artificial intelligence in various fields is making our lives look more and more like a science fiction movie. The idea of a robot that can think - global machine intelligence - seems increasingly achievable. The latest generation of trained neural networks (so-called heavy networks or "Transformers") is already being used by Google and other search engines and platforms. They can guess a missing word, answer questions about the text, summarize the content of an article, etc. BERT, Google's language model, has been used by the search engine since 2019 to improve search results in several dozen languages and is also used by other companies. 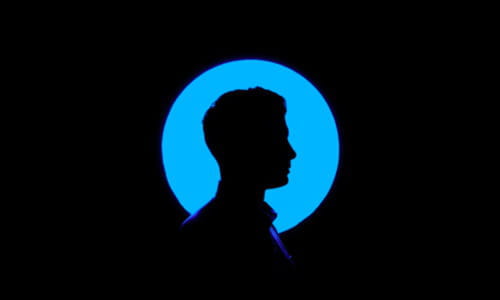 The largest neural network language model in the world, created by the American company OpenAI's GPT-3, can itself create long connected texts based on a small clue phrase. This technology is now being adopted by other companies, including Microsoft. The growing ability of artificial intelligence to interpret data, generalize and create possible scenarios on its own is impressive. This ability could allow, for example, to accurately guess user requests or create any kind of chatbot. In the dystopian version of developments, the future of artificial intelligence takes on an ambiguous character - as shown, for example, in the TV series Westworld, where a giant neural network, Rehoboam, takes over the world and decides the fate of people. Here we return to the theme of responsibility for how to dispose of all the possibilities of technology. 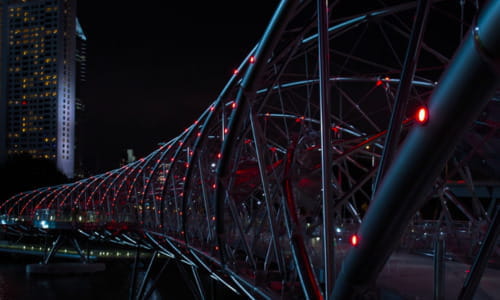 Dealing with user requests on the Internet includes, of course, collecting data about users. And here, too, new opportunities are opening up thanks to artificial intelligence: Customer Data Platforms (CDPs) can use artificial intelligence to organize disparate information and thus solve the problem of so-called "bad data". Such constantly updated "data banks'' collect all kinds of information about users: our preferences and interests, habits, movements, contact data, etc. Adobe, SAP, Oracle, Treasure Data, Microsoft, and other major IT companies are working hard to develop such platforms in order, among other things, to share them with other companies. These platforms allow brands to better engage with their customers and attract new ones to sell their products and services. 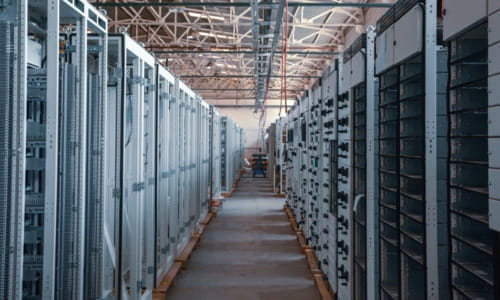 Yes, our data is being traded, and that trend will increase. CDP technologies are built with protocols and laws in place to ensure user privacy. However, database leaks such as ones that happened to Facebook, for example, can never be ruled out.

Providing all of the above technologies and products through the cloud makes them accessible and reduces their cost to consumers. Thanks to the cloud platforms of Google, Microsoft, Amazon and other companies, the opportunities to provide a variety of digital services will grow and their cost will decrease. 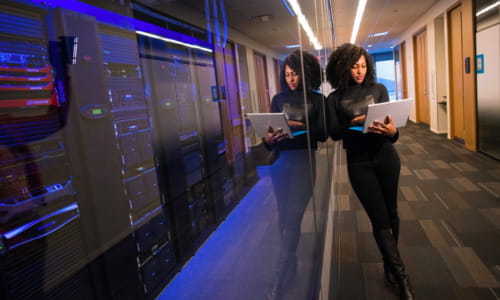 The cloud allows information to be stored and exchanged quickly and with virtually no spatial limitations. So, in addition to the development of applications designed to track possible cases of Covid-19 infection and linking devices via Bluetooth, there are a number of projects aimed at creating a kind of universal digital vaccine passport, which may in the future facilitate our movements, visits to institutions and public spaces, according to CNN. For example, IBM has developed the Digital Health Pass application, which restaurants and concert venues can use to admit customers. And the CommonPass application, created in collaboration with a number of major airlines, allows users to download the results of the Covid-19 test and other personal medical data and transmit them in the form of a QR code, which ensures the confidentiality of this information. The idea of creating a universal digital passport with vaccination data is in the air - the Covid-19 Credentials Initiative, supported by the Linux Foundation and IBM, is promoting a single standard for such a passport. 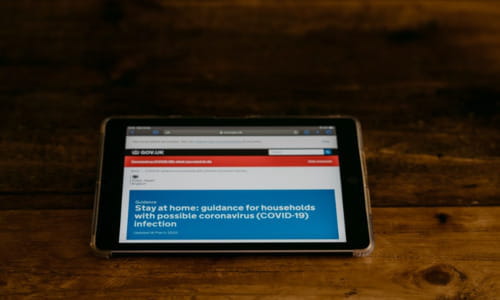 And, of course, in our review we cannot avoid the development of blockchain technology - the modern cryptocurrency transaction system, which is a chain of blocks of data stored on different computers, which does not depend on a single server. This system is secure, universal and accessible to any user. It evolved with the advent of bitcoin in 2009, the first and most expensive cryptocurrency. 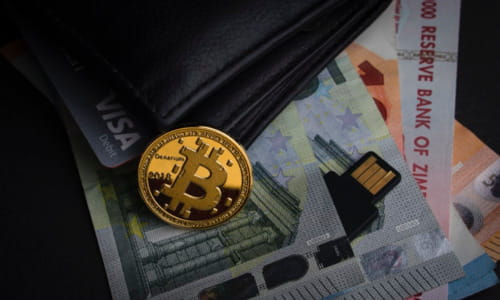 At the end of this year, bitcoin made the world talk again. In recent weeks, its rate rose steadily and exceeded $ 21,000 according to Bloomberg. "We have a new line in the sand and the focus shifts to the next round number of $30,000,” said Antoni Trenchev, co-founder and managing partner of Nexo, a crypto lender. This “is the start of a new chapter for Bitcoin. It’s a narrative the media and retail crowd can properly latch onto because they’ve been noticeably absent from this rally.” The growth of the cryptocurrency may be due to the fact that investors are seeking to diversify their investments in conditions of economic instability. The bitcoin market is becoming more and more legal: trust funds that invest in bitcoin have appeared, PayPal, Revolut and many other platforms are already working with it, and many analysts predict that this trend will increase in 2021. However, experts also warn: do not forget that bitcoin, like other types of cryptocurrency, is still quite a risky asset, so it is recommended not to invest all your funds in it. And you need to have knowledge and flair, because it is important not only to buy cryptocurrency at the right time, but also to sell it in time.

Related
This document, titled « Tech Trends 2021: All You Need To Know », is available under the Creative Commons license. Any copy, reuse, or modification of the content should be sufficiently credited to CCM (ccm.net).
Previous

What is 5G and What Are The Advantages?

How to Declutter Your Digital Life?

What is 5G and What Are The Advantages?
How to Declutter Your Digital Life?