Overheating of the CPU caused by a temperature problem is definitely a bad sign, as it can destroy the processor and can cause instabilities in the hardware of the system. If you are experiencing a CPU that is overheating, this tutorial will introduce you to a few solutions. 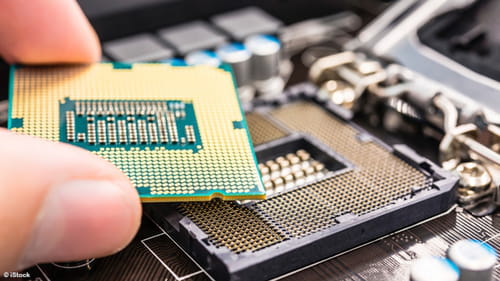 What is a Good Temperature for the CPU

The ideal temperature of the processor depends on the PC brand and model type, and one should be aware of it to avoid inadvertent problems. This can be found in several ways, like accessing BIOS set up or using software like CoreTemp.

How To Check the Temperature of Your Processor

There are several ways to check the temperature of the CPU. You can access the BIOS setup using software like CoreTemp and CPUID HWmonitor, or you can install a probe in the CPU.

When talking about CPU temperatures, one is typically referring to either the junction temperature (i.e. the internal temperature), or the T Case (i.e. chassis temperature). The latter is usually between 10 to 20 degrees cooler than the former.

The maximum temperature of an Intel processor depends on the model, but it normally ranges from 60 to 65°C for the Pentium 4, 50 to 65°C for the Core models, and 70°C for the Nehalem generation (i.e. i3/i5/i7). Laptop processors tolerate up to about 100°C. 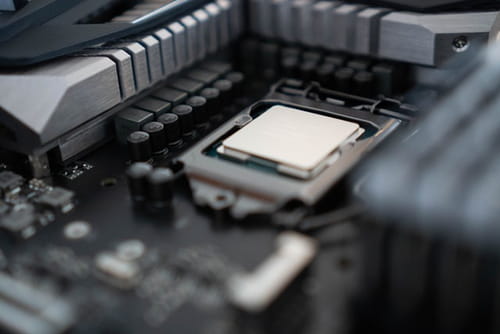 You can consult Intel's article on frequently asked questions on Intel processor temperatures as well as its product pages for its processors. You will notice that the T-case changes between models. For example, the T-case for i5 M-5Y71 (formerly known as Broadwell) is 95°C, whereas the 8th generation i9-8950HK can handle temperatures up to 100°C.

Beyond this value, the system's thermal protection intervenes and brings the processor to its lowest value. If the temperature rises again, the CPU automatically shuts off, meaning thermal destruction is virtually impossible for the latest processors.

The maximum operating temperature of an AMD processor is determined by the trade reference (OPN) of this processor. The OPN is found on top of the processor, and the temperature is indicated by the third character from the right of the OPN.


These temperatures also vary by model. For example, for FX processors, the maximum temperature is 61°C, whereas Ryzen processors can go up to 95°C.

If you find that your laptop is overheating, please consult this article to discover possible solutions.

How To Regulate the Temperature of CPU

There are several ways that you can avoid the overheating of your CPU.


An improved air flow can help with an overheated CPU. You may want to consider reorganizing nearby cables and hardware to maximize air circulation. Always ensure that fresh external air is directed toward components with high temperatures (e.g. CPU, graphics card, etc.) and that the air from the hot components is vented outside the case. Another solution entails installing a fan that suctions air, instead of extracting it.

You could also consider using a CPU case that receives its power source from above, with its lateral fans on the left: 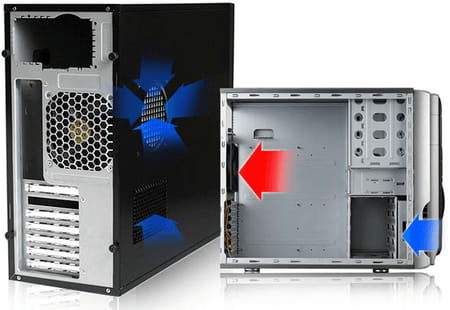 Another solution is using a CPU case that receives its power source from below, since heat naturally rises: 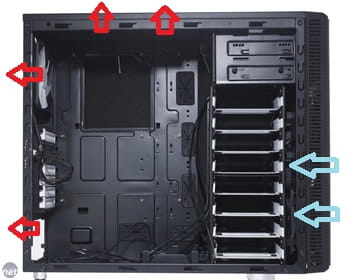 Helpful add-ons to the system include a Ventirad (i.e. heat sink + fan) and software like CPU Idle. You will also want to remove any dust that has accumulated on the case using a can of compressed air created expressly for this use to avoid damaging the fragile elements in your CPU.

One final technique is switching to a liquid cooling system. However, this is an expensive and complex solution, so keep this in mind when choosing it.

Image: © iStock.
Related
This document, titled « How To Prevent CPU from Overheating », is available under the Creative Commons license. Any copy, reuse, or modification of the content should be sufficiently credited to CCM (ccm.net).
Previous

Identify the Connectors of the Power Supply