When booting up your system, it is not uncommon to be greeted by one or a series of computer beeps. While hearing one short beep is normal and indicates that your system is booting up, a series of beeps is usually indicative of some sort of internal error. Each series of beeps corresponds to a different issue and points to a different problem area in your computer. This article will teach you how to decipher the beeps coming from your computer so that you can take the proper steps to restore your system to normal. 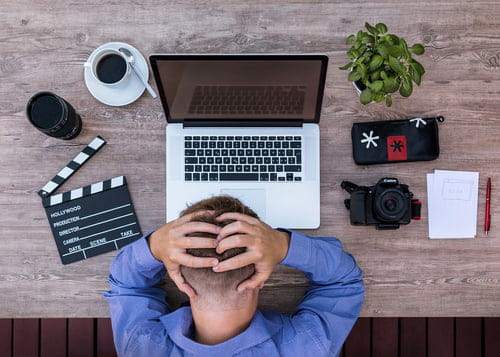 How To Recognize Computer Beep Errors

A short beep followed by three sequential long beeps means that you have a problem with your system memory.

If you are hearing beep, pause, beep, pause, followed by two sequential beeps, the error is linked to your CPU (central processing unit).

One long beep and nine short beeps means there is a problem with the ROM (BIOS AWARD).

Five short beeps is another indication of issues with your CPU.

If your PC beeps after your OS has been launched, it could be an indication that your CPU is overheating. If not addressed immediately, this could be potentially damaging to your system. Clear space away from your computer, and make sure that your PC fan is running.

How to Solve it?

If the computer beeps and the system fails to start properly, a serious hardware problem might exist.

Ensure that no obstructions block vents (papers), because heat is often the primary problem. Try to remove dust on the cooling vents. Check that cooling fans are spinning with no noise.
Here are some basic steps that resolve beeping problems :

If this doesn't work :

Most common issues that cause beeping sounds are:

Related
This document, titled « How To Recognize Computer Beeps », is available under the Creative Commons license. Any copy, reuse, or modification of the content should be sufficiently credited to CCM (ccm.net).
Previous

What is AGP (Accelerated Graphics Port) and How Does it Work?

What to Do When Your Computer Makes a Whistling Noise

Thank you
Very Helpful
thank you
Thank you

What is AGP (Accelerated Graphics Port) and How Does it Work?
What to Do When Your Computer Makes a Whistling Noise