The newest generation of Wi-Fi is called Wi-Fi 6. It is a wireless networking standard established by the Wi-Fi Alliance (a non profit organisation that promotes Wi-Fi technology and provides the certification and classification of Wi-Fi devices) who campaigned for a unifying Wi-Fi classification standard - from Wi-Fi 1 (first generation) to Wi-Fi 6 (sixth generation), to make understanding Wi-Fi simpler. In 2019 the first Wi-Fi 6 devices began to emerge on the market. This article will explain this new technology and how it differs from previous generations of Wi-Fi. 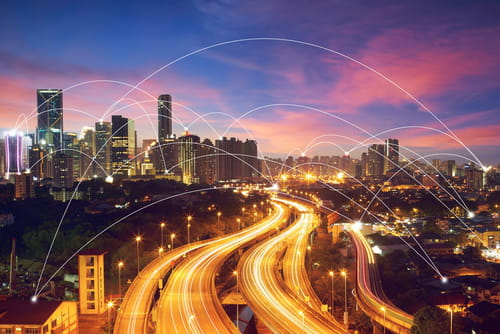 Wi-Fi 6, also referred to as IEEE 802.11ax is the newest generation of Wi-Fi. Like all Wi-Fi, it will allow you to connect the internet wirelessly, but faster and more efficiently than ever before.

The Other Wi-Fi Versions

Being able to achieve the theoretical speeds of Wi-Fi 6 in 2020 is not currently possible and will ultimately be limited by your ISP. For example if you only have an ADSL (24Mbps) instead of Fiber Optics (10Gbps), then you will not be able to achieve the max download speed. 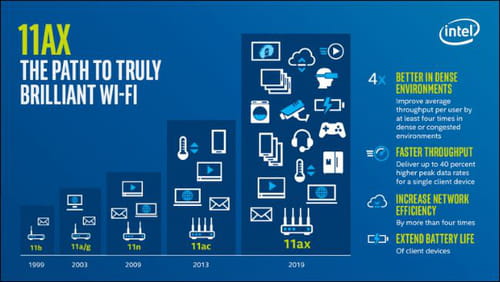 When you are purchasing a new mobile device, or router, look for 802.11ax (Wi-Fi 6) in the specs. There should also be a Wi-Fi 6 certified logo on devices that have been certified by the Wi-Fi Alliance.

Like all recent Wi-Fi upgrades, Wi-Fi 6 will be backwards compatible with devices still using the previous generation of technology. Wi-Fi 6 should also be able to improve the efficiency of older devices. 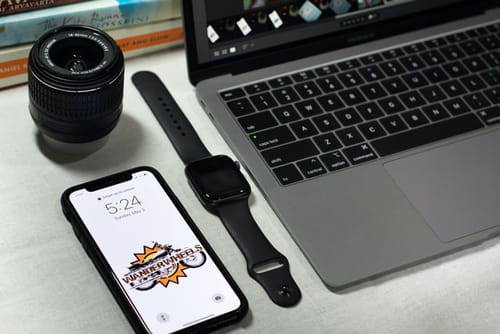 What Devices Use Wi-Fi 6

Most current devices are still using Wi-Fi 4 and Wi-Fi 5, it is only in the last year that manufacturers have been able to release products with Wi-Fi 6 capabilities. For example Dell’s new XPS laptops incorporated Wi-Fi 6.

Not all companies are up to speed. Apple is yet to incorporate Wi-Fi 6 technology into its Mac (iMac, MacBook Pro, MacBook Air) devices. It has however released the latest iPhone with Wi-Fi 6 technology, with this upgrade being eagerly anticipated in the near future for new Mac devices. 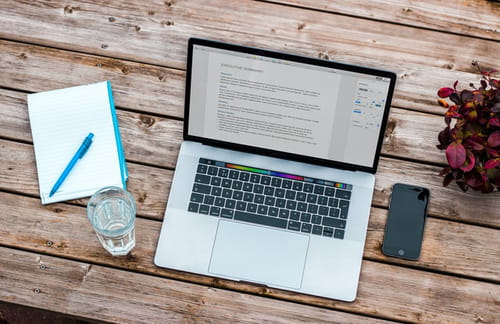 Why Upgrade to Wi-Fi 6

To profit from the improvements of Wi-Fi 6 you will need to buy new devices (mobile, TV, laptop etc). You cannot just buy a new Wi-Fi 6 router and expect to have improved Wi-Fi quality if all of your connected devices are still using Wi-Fi 4, or Wi-Fi 5 technology.

There are two schools of thought. You can either wait a little while for the amount of devices to have Wi-Fi 6 capabilities, or future proof any purchase that you make by adopting the new technology before it becomes fully integrated into all of your devices. The downside with the latter option is that Wi-Fi 6 devices are currently more expensive than Wi-Fi 5 devices. 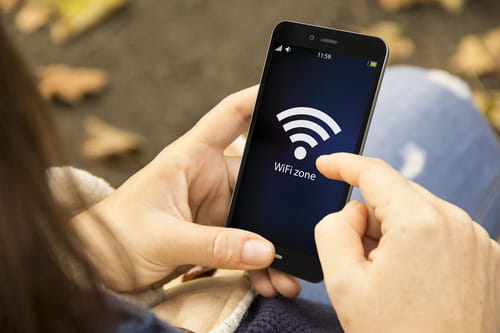 Most users today won’t be able to profit from a Wi-Fi 6 router at the moment if their device is not Wi-Fi 6 capable. It may take several years for Wi-Fi 6 to become commonplace. However, whilst this may be the case, even if you have one Wi-Fi 6 device, for example the router, your Wi-Fi 5 devices will still be able to connect as it is backwards compatible.

Is It Worth It

Early adoption of any new technology comes at a price, and you will not be able to fully appreciate all that Wi-Fi 6 is capable of immediately. You will be able to happily use your Wi-Fi 5 devices for the foreseeable future. You should also be able to find some good discounts in the next few years on Wi-Fi 5 devices.

Ultimately if your internet connection is not capable of achieving the theoretical speeds of Wi-Fi 6, then you do not need to upgrade your right now. That said, Wi-Fi 6 is the future (or at least until Wi-Fi 7 is released)!
Photo: Unsplash, 123rf.com, Intel

Related
This document, titled « Wi-Fi 6 Guide », is available under the Creative Commons license. Any copy, reuse, or modification of the content should be sufficiently credited to CCM (ccm.net).
I love this idea wifi6