Clash of Clans for Android (APK)

Clash of Clans is an epic combat strategy game. It was developed by Supercell and designed for Android and Apple devices. The player's goal is to build villages, train troops, and battle in multiplayer mode. With an objective to lead the clan to victory, the gamer can use any and all necessary tools and weapons. In this article, we discuss some of the game’s key features, as well as some additional information. 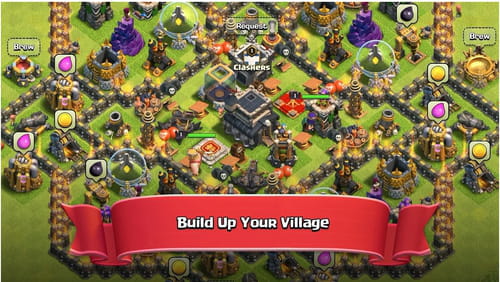 Here are some of the main Clash of Clans’ features:

Is Clash of Clans Safe?

It seems that the game has no history of security issues. As always, we recommend reading the official Privacy policy in order to take note of the way Clash of Clans uses your data. In general, the game seems as safe as any other mobile game.

Note: because the game contains optional in-app purchases, you might want to pay attention if you let your child play it because purchases can be made by inadvertence. You can also disable in-app purchases from your phone’s settings.

Is Clash of Clans Free?

You can download and play this game for free. However, it contains some optional in-app purchases that vary between $0.99 and $99.99.

In order to run the Clash of Clans game on your device, you need Android 4.4 and up. There is also a version for Apple devices.
Images: App store

Clash of Clans for Android (APK) is available on iPhone and Windows.
Share
Related
Alternative spelling: Clash_of_Clans-14.211.16.apk, Clash_of_Clans.apk
Latest update on January 18, 2022 at 09:36 AM by Carlos López Jurado .
View all 6 comments