Dying Light 2 seems to have rich gameplay, an interesting plot, and beautiful visuals. However, it is important to note that employees of Techland have reported toxic working conditions, naming the CEO as the root of the problem.

Dying Light 2: Stay Human is a survival horror role-playing game. It was developed by Techland and is the second (and latest) game in the Dying Light series. Set 20 years after the first opus, this new installment has a greater emphasis on the narrative, without neglecting the action. In this article, we discuss some of the game’s key features, as well as some additional Dying Light 2 news. 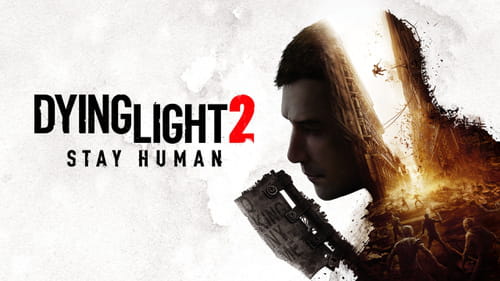 After the virus escaped from the city of Harran in the first installment of the series, the military dropped chemicals to destroy it - unfortunately, this resulted in contaminating the water, the soils, and many people, transforming them into blood-thirsty, half-alive monsters. In consequence, a new civilization was created, with survivors living on rooftops and leaving the monsters in the streets. People fight over resources and laws are broken. In this installment, players meet Aiden Caldwell after the chemical event who will go down and face the infected in a search for his long-lost sister Mia. Together with other children, they were subjects of bizarre medical research until the age of 5 when Aiden got rescued by soldiers. However, Mia didn’t get that lucky. The main protagonist will meet a group called The Nightrunners who could help him - or will they? 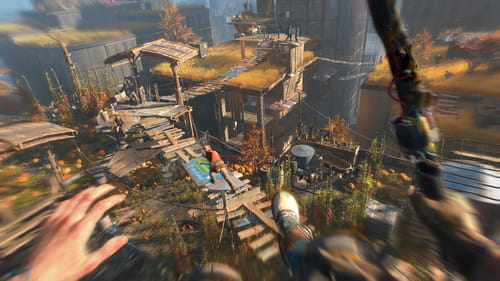 Dying Light 2 is a survival horror role-playing game that is set in an open-world. Because of the medical experiments, the protagonist has amazing parkour skills that make navigating through the city easier. The player can use different fractions of survivors in order to reach their goal, however, non-playable characters (NPCs) have complex personalities and Aiden’s decisions are crucial. Depending on whether he chooses to help them or attack NPCs, the city will be reshaped and the course of the narrative will change. As the title suggests, light is an important feature because hoards of monsters start roaming at night - they are sensitive to the sun, but also to light in general. This means that monsters nests are left rather unprotected when the sun comes down. This pushes players to exploit the game’s verticality.

Check out the Dying Light 2 trailer (uploaded by PlayStation)! 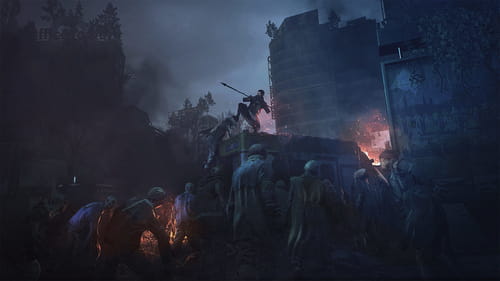 When is Dying Light 2 coming out? The release date is set for December 7th, 2021.

The game has been rated with a PEGI 18 label. It will most probably feature: frequent violence or gore, general mature content.

No the game is not free and you can purchase it for $59.99. There is already a Dying Light 2 pre-order option - click on the green button at the top of the page to proceed.

The system requirements for PC are still to be announced.

The game will be available for PS4/PS5 and Xbox One/Xbox Series X|S.
Images: Steam