The game is a good MMORPG, pleasant to play and explore. It is really appreciated that you can choose your activities and you have a great variety of classes.

Black Desert Online is a living open-world MMORPG developed and published by the video game studio Pearl Abyss released in 2015 for Microsoft Windows and in 2019 for PS4, PS5, Xbox One, and Xbox One Series X/S. Black Desert Online is played by over 20 million adventurers in the world and is regularly updated to always provide new content. Come and enter into a fun, vast, various, and rich world. On this Black Desert Online download page, we discuss some of the game’s key features, as well as some additional information. 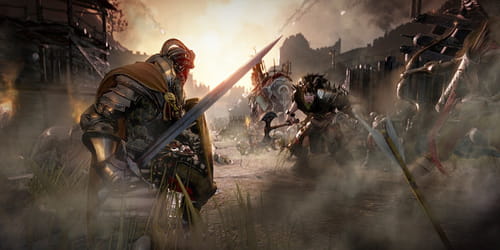 Archer: This is a long-range class that starts with a crossbow and a longbow.

Berserker: The berzerker is the slow but strengthy class that loves hand-to-hand fighting. It starts with double-axes.

Dark Knight: Dark Knight is a class that starts with War knives. They can use war knives for blowing and striking attacks or magic for mid and long distance attacks for more damage.

Lahn: Lahns use Noble swords and crescent pendulums that are connected by a long chain allowing them to perform attacks in all directions. Lahns are quick and agile fighters that can perform devastating attacks.

Musa and Mehwa: They use blade and horn bow as well as oriental-style martial arts. They are skilled in one-on-one confrontations with their quick and sharp combos.

Kunoichi: Kunoichis are similar to Ninja, they use a sword, Ninjutsu, and martial arts. This class can be a fast game-changer by raiding important figures in the shadows.

Mystic: They are also hand-to-hand combatants who can attack with powerful punches and heavy kicks.

Ninja: Ninjas use Ninjutsu, sword, and other martial arts. They master the art of hiding, confusing enemies, casting smock shells, and attacking with quick movements.

Ranger: Rangers are skilled in ranged archery attacks and present swift movement during battle. Their skills are mainly designed to prevent the attempts of enemies to start melee combat.

Sorceress: This class can use ark magic to effectively control the battlefield, using melee and ranged attacks. Ranged mafic can be used to lure enemies and lead them to a quick death once they come closer.

Striker: Striker is used to hand-to-hand combat learned during street brawls, they are skilled martial-arts fighters.

Tamer: They are all-range combat fighters with the support of a divine beast named Heilang. They can perform combination attacks with their beast or fight alone using their great strength. After awakening, they can use the Celestial Bo Staff which increases both the holder and Heilang’s power.

Valkyrie: This class uses divine magic, shield, and sword. Magic can be used to heal and empower allies, weapons can be used to close-range combat and powerful blows. After awakening, they can use a weapon that boosts her defense and attack stats.

Warrior: They are skilled close-ranged melee combat fighters with good attack and defense stats, they use shield and sword as main weapons. After awakening, they can even use two-handed greatswords.

Witch: They master natural elements and can cast large-scale attacks using the power of fire, wind, ice, lightning, or earth. However, the casting time has some time delay as a tradeoff. Contrary to Wizards, after awakening, they can summon the Earth and Lightning Guardians.

Wizard: They master natural elements and can cast large-scale attacks using the power of fire, wind, ice, lightning, or earth. However, the casting time has some time delay as a tradeoff. Contrary to witches, after awakening, they can summon the Fire and Water Guardians. 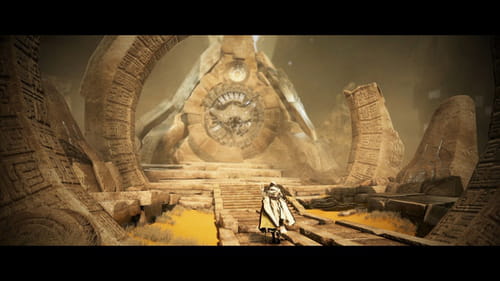 The game is rated PEGI 16, it contains violence, drugs, and in-game purchases

What does the critic say

The game has a Metacritic score of 73 and is mostly appreciated. The players’ community mainly thinks Black Desert Online is a good game with groundbreaking potential and ambiances but hardly suffers from a monotonous PVE grind as well as questionable cash shop practices.