Garena Free Fire is already a hit on mobile devices, you cannot imagine what it feels like to play it on PC with your keyboard, your mouse, and above all, on a big screen.

Garena Free Fire, also known as Free Fire Battlegrounds, came out in 2017 ready to carve a niche in the battle royale market. Only 2 years later it has been downloaded more than 500 million times and is played by 80 million daily active users. It logically became one of the biggest successes in recent video game history in living memory. One of the keys to its popularity is that it applied to mobile platforms the formulas that had already triumphed with Fortnite and PUBG, making Garena Free Fire even more addictive and, above all, more accessible to everyone. The only downside is that there is no native version for PC, but you have nothing to worry about: with this download that we offer you you can enjoy it on your Windows computer using an emulator. 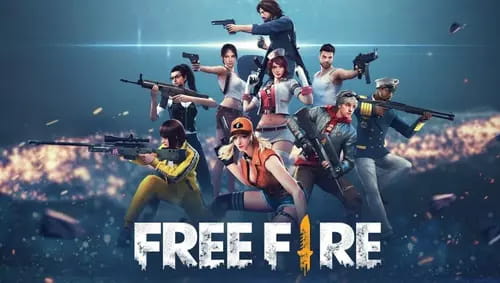 Free Fire follows the Battle Royal game principles. At the beginning of each game, you will parachute from a plane and land on an island with 49 other human players. Your mission, if you accept it, is to be the last one standing. Are you still there? Great! Like Rambo in the jungle, you will have to understand and master your environment, get used to how to use weapons and resources, and adapt your strategy during the whole game. Keep in mind that even though the map is really big at the beginning of the game it will keep shrinking and will force you to face your foes. No one will escape, except one, get ready for a thrilling and exciting feeling during each 10-15 minutes game.

In this PC version you will be able to play using keyboard and mouse as well as configure the controls as you wish through the emulator settings, which will undoubtedly give you some advantage over those who play on other platforms. 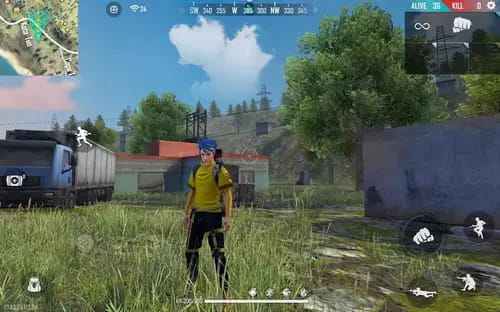 Even though the game doesn’t have crazy and amazing graphics, the overall game look has been designed to be accessible to all players, including those who do not have a last-generation device.

The game also includes seasonal game modes available for a limited time and various other events.

Free Fire is rated 17+ due to the presence of explicit violence.

The specifications below are for the GameLoop emulator you'll need to install to play Free Fire on your PC:

How to install Free Fire for PC?

Nothing could be easier. Just click on the download button at the top of this page and run the installer. It includes the Free Fire emulator and APK. Follow the instructions and the game will start downloading and installing automatically. 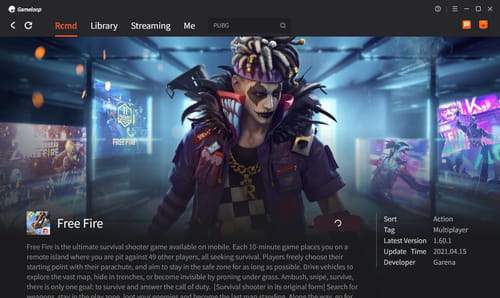 If you encounter any problems running it, try following the steps in this guide to play Free Fire on your PC.