DOTA Underlords is one of the most popular and successful independent adventure games on the market. In this game you'll battle against 7 rivals to win control of the city White Spire. Several tips are available for the game, and we'll fill you in below. 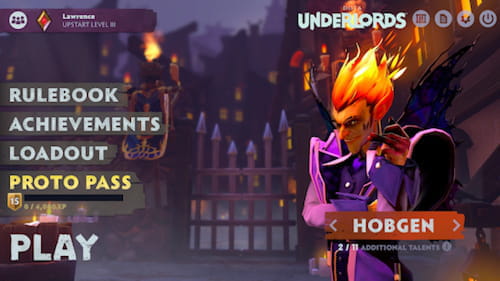 Heroes on the Board

In DOTA Underlords your heroes' position will rise and fall based on your wins and losses. One key trick used by pro players is to place your troops and tanks up front, so that they take most of the damage as they are more resistant.

On the other hand, place your assassins in the rear so that at the beginning of the round, they aren't over exposed to enemy attack. It's also good to place your archers and magicians aligned on each side of the board so that they can shoot towards the same target. Lastly, use bodyguards to protect your archers.

The Power to Save

After passing five rounds you will win +5 gold, plus +3 in gold if you manage to win several victories in a row. In addition, you will also earn +1 gold every time you increase your precious metal reserves by 10. The game rewards you when you save gold. 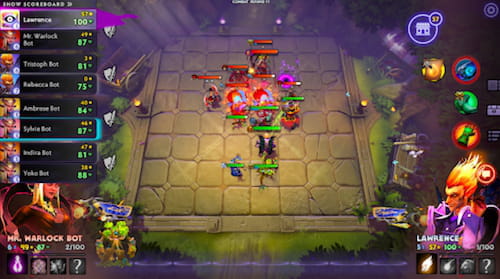 N.B.: It's important to save gold to reach the final stage of the game and level up your heroes.

To be successful in DOTA Underlords, you must find and establish the right alliances. These alliances will provide a boost, since they give you additional power.

Another good tip is also to have fewer secondary alliances. Instead, select alliances that have multiple bonus stages per round. This strategy increases your number of options to choose heroes and makes improvements more easily.

Turtle Formation is one of the most difficult combat formations in DOTA Underlords. In order to overcome it, you must find a teleporting dagger. Position yourself as far as possible from the strongest enemy sorcerer until you can teleport and with this surprise trick you can win quickly.

In DOTA Underlords, you will find new items in each round. Gather these for your hero, but the key to winning is to find the best items that correspond to each hero, according to the chosen alliance.

As a general rule, you should give your weakest units as much amour and protection as possible. If you expect hand-to-hand combat, you must ensure your team is adequately equipped.

Remember that in your alliances, it's best to use objects that will enhance your attack plan. Suitability for each object depends on the characters.

Related
This document, titled « Tips and Cheats for Dota Underlords », is available under the Creative Commons license. Any copy, reuse, or modification of the content should be sufficiently credited to CCM (ccm.net).
Previous

The Best Crossplay Games (PC, PS4, Xbox One, Switch and Mobile)
The Best Apps to Play in a Group with Friends and Family