If you're a fan of anime films and manga culture you'll be pleased to know that there is a wide range of movies in this genre on the various streaming platforms. Here is a selection of some of them available on Netflix, Amazon Prime Video, HBO Max or Hulu. 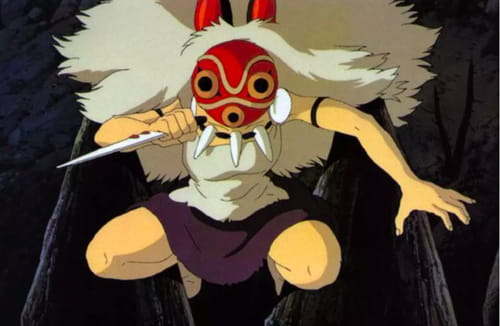 Princess Mononoke is a classic of the anime genre, perhaps one of the best-known thanks to the beauty of its images and story. It is based on the story of the warrior Ashitaka who sets out on a journey to find the Deer God, the only one who can help him save himself from a curse. On the way he meets Princess Mononoke, both she and the forest gods are being attacked by a clan of humans with mining interests.

With a poetic socio-environmental background, this film was created in the 1990s by Hayao Miyazaki in collaboration with Studio Ghibli. A great work of Japanese animé art with more than hours of impressive images.

Available on Netflix and on Amazon Prime.
Year: 1997.

Grave of the Fireflies

Grave of the Fireflies is a movie with beautiful images and a very emotional background about a tough story. It is set at the end of World War II, an American bomb separates two Japanese brothers. It's a difficult film because of its warlike plot, but it's also hopeful. It lasts an hour and a half and was produced by Studio Ghibli.

Porco Rosso is an anime masterpiece directed by the anime legend Hayao Miyazaki. It was filmed in the ’90s but its history goes back to the ’30s when Porco Rosso had to face some bounty hunters who dominated the skies and kidnapped people. The mythical main character is a hero, half-pig, half-person, who carries out exciting strategies in his plane to confront the air pirates. It first appeared with a duration of 45 minutes and then became a full-featured film of one and a half hours.

This two-hour Japanese film was inspired by the manga series Akira by Katsuhiro Ôtomo, who was also responsible for the adaptation to the audiovisual format. It is a sci-fi story in which two friends land in a dystopian parallel world where they will have to fight various battles to survive. A violent plot takes place in the city of Tokyo devastated by war. There are dark institutions, urban clans and biker groups among their characters.

The Girl Who Leapt Through Time

One of the most recent and surprising creations of the brilliant Japanese creator Mamoru Hosoda. This is a story about adolescence presented by its main character – a girl named Makoto, who has special powers to travel through time. Her walks in the present and in the future alter the conditions of her life and of the people around her.

A funny and tender film in which one day two teenagers wake up in bodies that are not their own. A story about love and determination of a sublime quality that managed to surpass the anime classic The Spirited Away by Hayao Miyazaki in the box office.

Available on Netflix and Amazon Prime.

If you are a devoted fan of anime culture, you might like to try the Anime Studio and create your own manga comics, illustrations or even cartoons.

Related
This document, titled « The Best Anime Movies on Netflix, Amazon Prime, HBO Max and Hulu », is available under the Creative Commons license. Any copy, reuse, or modification of the content should be sufficiently credited to CCM (ccm.net).
Previous

What is Netflix Roulette?

The Best Superhero Series Available on Streaming Platforms
What is Netflix Roulette?