As every year, Epic Games has surprised us with the Christmas event ”Fortnite: Winterfest 2020” which brings new skins, gestures, gifts and many more novelties. It's been a few days since the new season, Fortnite Season 5, was released, and we're looking forward to seeing which surprises await us! Although there is not an official date yet, we know that it will take place this week and will last until the beginning of January. In this article, we will review the main novelties of the new season, as well as the Christmas winks already introduced in the video game and even a little preview of what awaits us in the 15.10 patch. 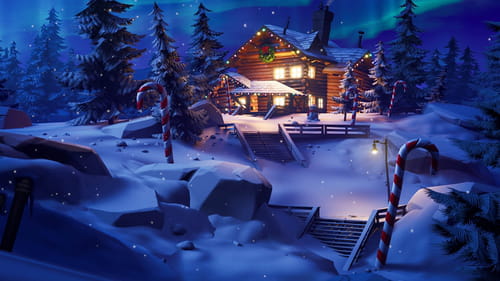 List of all the news of the new season:

Following the announcement of The Game Awards we have learned that on December 16th Fortnite's collaboration with The Walking Dead will begin. Terrific, isn't it? In this ceremony, the arrival of the Master Chief to the videogame was also announced.

Here are some of the Christmas winks that can be found in the game at this time: 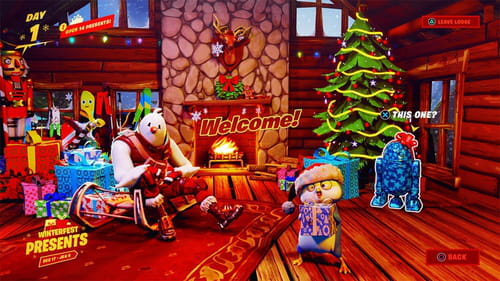 Until now, during this acclaimed event, all players received multiple gifts, so we can expect no less this year. Also, rumor has it that this new patch will see the return of the planes, so we can once again eliminate our enemies from the air!

Of course, we'll also have Christmas trees and other Christmas decorations to keep our characters excited about the holidays.

Although we have already seen many of the Christmas skins, we are sure that the new ones will not leave us indifferent. We also know that we are going to meet a new character in the shape of a snowman called Snowmando.

Another novelty that has surprised us more has been the possibility of singing a carol with the rest of the players. Due to a new cooperative gesture, we will be able to recite it with up to 4 friends.

We will keep you up to date with all the news!

Related
This document, titled « Christmas in Fortnite: Season 5 and Winterfest 2020 », is available under the Creative Commons license. Any copy, reuse, or modification of the content should be sufficiently credited to CCM (ccm.net).
Previous

Hades: Tips and Tricks for the Game of the Year

Game Awards 2020: the best video games of the year to enjoy this Christmas

Hades: Tips and Tricks for the Game of the Year
Game Awards 2020: the best video games of the year to enjoy this Christmas