In 2020 Apple began their 2 year transition to their own Apple Silicon chips with the Apple M1 chip. This chip has been included in the MacBook Air M1, the base model 13 inch MacBook Pro, the redesigned 24 inch iMac, and the Mac Mini. It is over a year since the M1 chip was announced at WWDC 2020, and Apple are into the second year of the transition making people speculate when the next chip (possibly named the M1X chip) will be announced. Fortunately, the wait is almost over with the October 18th event days away. This article will look at all we know about the M1X chip, the M1X release date, MacBook Pro M1X pricing, specs, benchmarks and more.

Which hardware will be updated next? 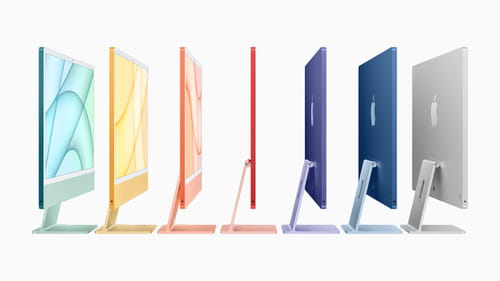 There is no official Apple M1X release date yet. Apple kept their September 14th event solely for the next iPhone, Apple Watch, and iPad updates. It is most likely that they will have a separate event in October, like they did in 2020, for MacBooks and the new M1X chip. If the M1X chip is finally revealed in October, shipping should begin in November.

With the October Apple "unleashed" event being held on Monday 18th, pre-orders will likely begin the following week for delivery in November.

The current M1 processor has 8 CPU cores and 8 GPU cores (some models have 7 GPU cores). Rumors from Bloomberg’s Mark Gurman, suggest that the M1X chip will feature a 10 or 12 core CPU and a 16 core GPU. There may also be the possibility of configuring a 32 core GPU. The 10 / 12 CPU cores will be a mix of high performance and energy efficient cores like the M1 chip, however it will be unbalanced, for example with 8 performance cores and 2 or 4 efficiency cores.

Currently the M1 Macs have a maximum RAM of 16GB, this should at least double for the M1X chips to 32GB, or even go up to 64GB.

Based on more leaks, the redesigned M1X MacBook Pro’s: the MacBook Pro 14 inch and the MacBook Pro 16 inch are rumored to no longer feature the touch bar, and instead see the return of certain ports, such as HDMI, SD card, Thunderbolt ports, a headphone jack, and a return to MagSafe charging. These new models will also feature a similar display as the M1 iPad Pro’s XDR Liquid Retina Mini LED display. 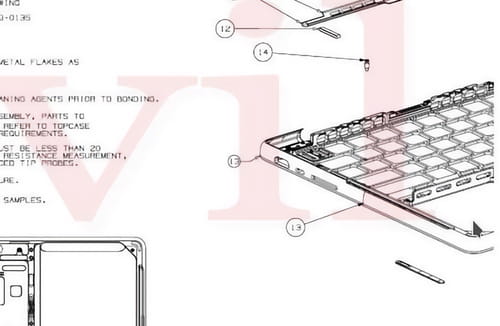 The supposed leaked benchmarks which CPU-Monkey attained earlier in the year show the Apple M1X chip to have an performance, on par with an Intel Core i7-11700K processor which is for desktop computers. If these benchmarks are accurate then the M1X chip looks very impressive. It will be interesting to see what the actual benchmarks are once the M1X chip is finally released. 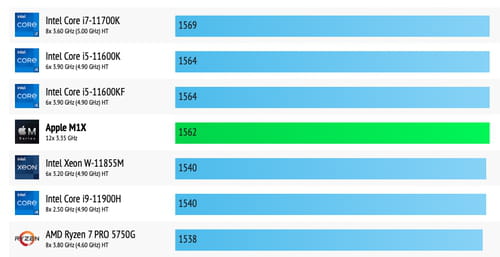 The M1X chip will be replacing the remaining Intel models. The highest spec 13 inch MacBook Pro should be replaced by the redesigned 14 inch MacBook Pro at around the same price at $1799 - $1999. The M1X will also be going into the 16 inch MacBook Pro, with an estimated price of $2399 - $2799 if Apple keeps the price the same as the current generation, like they have been tending to, despite the upgrades. The M1X Mac mini would likely start at $1099, and the 30 inch iMac from $1799. 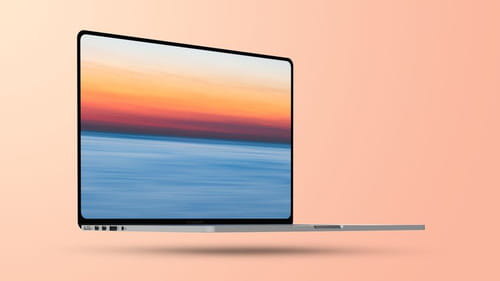 A mock up for the redesigned MacBook Pro from MacRumors

Reportedly, the upcoming 16 and 14 inch MacBook Pro's display size and resolutions have been found in the source code for the MacOS 12 Monterey beta. The resolutions highlighted below do not currently belong to any existing Mac in the Mac lineup. The display resolutions are given as "3456 x 2234 Retina" (16-inch MBP) and "3024 x 1964 Retina" (14-inch MBP). This would give both new models with a pixel density of around 250 ppl (pixels per inch)

It is still unknown whether or not these new MacBook Pros will feature a 120Hz Pro Motion display like high end iPad Pro and the iPhone 13 Pro, and iPhone 13 Pro Max devices.

Last year Apple held several hardware events in the fall, from September to November. The Mac event was held in November, however this was due to the September iPhone event being postponed. Typically Mac hardware is announced in October. The date has finally been given as Monday 18th October 2021.

Related
This document, titled « Apple M1X: Release date, MacBook Pro, rumors, price », is available under the Creative Commons license. Any copy, reuse, or modification of the content should be sufficiently credited to CCM (ccm.net).
Previous