Recently Facebook has announced that it is creating its own online gaming platform. The interest of social networks for games is growing, and many video games are placed directly on social networks. For example, the RPG fantasy game Hero Wars first appeared on social networks and then was released for mobile devices. Read on to discover where and how you can play this fascinating game for free. 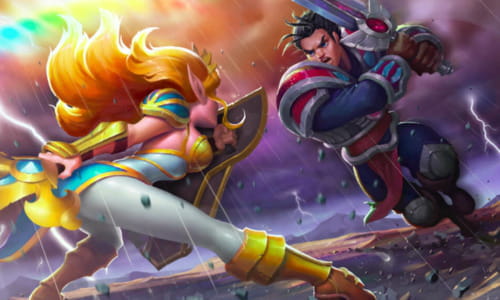 Hero Wars game was created by Nexters (other games of this studio are Throne Rush and Island Experiment). In early 2017, it came out as a separate application for iOS and Android devices, but even earlier it appeared on popular social networks.

The Principle of the Game and Its Main Features

Hero Wars is a role-playing multiplayer game with action elements. You will lead a group of soldiers to victory over the army of Archdemon, who captured the magnificent land of Dominion. Battles take place automatically, so you don't need to control the movements of the fighters (but you must immediately react to changes in the situation to pump them up).

You can assemble several squads, each of which consists of 5 warriors. It is important to improve qualities, abilities, ammunition and appearance of your heroes to move to more advanced modes and achieve success. A curious element of the heroes' evolution is the so-called Soul Stones, which greatly increase their abilities. You can earn them in heroic missions.

You can play the game in several modes. The main modes are Arena and Grand Arena (the latter is available only when your team reaches 50 members). Arena glasses, emeralds and gold are used as points in the Hero Wars; you can use them to pump up heroes. There is also a special mode Tower (raids are conducted through different levels of the Tower, for which you can get Tower points).

You can also cooperate with other players and create alliances, or Guilds. Guilds arrange tournaments among themselves. Guild who win is awarded by Glyphs. 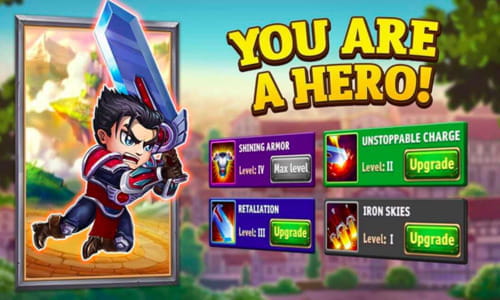 From time to time a variety of contests are organized for players - cosplay. For example, to take part in the Halloween Holiday Cosplay, you need to take a photo in a suit and makeup of one of the game characters and send your photo. Prizes are emeralds, gold, new skins, Totem fragments, etc. Check out the details of the contest.

You can also play the Hero Wars online on Facebook (the game will get access to your name and profile image, e-mail address and a list of friends). 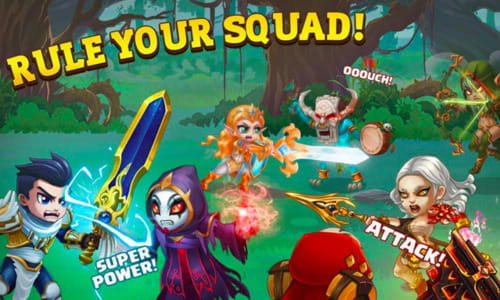 The game is also available online on the website of Nexter studio. News and videos of battles and tournaments can be watched on the official YouTube channel of the game.

You can also download Hero Wars game for Android and iOS devices. There is a special channel on YouTube for users playing the game on mobile devices.

In the mobile version of the game, you can also play on your PC by installing an emulator. 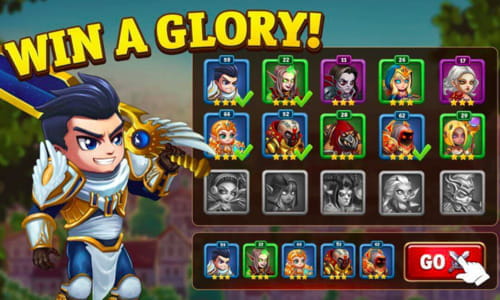 Photo: © Nexter.
Related
This document, titled « How and Where to Play Hero Wars for Free », is available under the Creative Commons license. Any copy, reuse, or modification of the content should be sufficiently credited to CCM (ccm.net).
Previous

Halloween in Fortnite: Items, Skins and a Party!

How to Create Your Own Server for Counter Strike, Minecraft and Other Games

Halloween in Fortnite: Items, Skins and a Party!
How to Create Your Own Server for Counter Strike, Minecraft and Other Games