Netflix has enough material to guarantee hours and hours of entertainment without getting off the couch, within this selection, we show you all sorts of comedies suited for every taste and public. If you enjoy romantic comedies, something absurd, westerns, classics or teen movies, the on demand movie platform has a large selection of movies so that you can have a good laugh. This is our selection of the best comedies available to stream on Netflix. 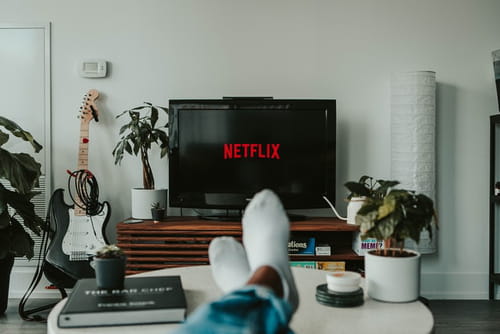 Since its premiere in 2009, The Hangover has become a classic of pop culture movies, if you have a weekend coming with your friends, this is the movie you want to watch to get you in the mood. The Hangover narrates the crazy story of a bachelor night out in Vegas that turns into something very different from what they expect. During their first evening in Vegas and after a good night drinking, the groom goes missing and it’s up to his friends to get together in order to find him and manage to save his wedding on time. The movie has an all star cast lead by Justin Bartha, Bradley Cooper, Ed Helms and Zach Galifianakis. If you enjoy this movie make sure to look into the sequels also available on Netflix. 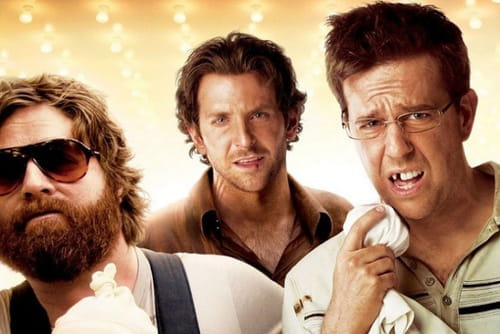 The Ballad Of Buster Scruggs

This Netflix. original production and an anthology film by the Coen brothers, shows a mixture of western and black comedy set in a nostalgic scenario. With six independent stories told in different chapters all with their own characters and aesthetics. The Cohens have explained that it took them a quarter of a century to write the script for The Ballad of Buster Scruggs, which was originally intended to be a series. The cast includes Tim Blake Nelson, Liam Neeson, James Franco, Zoe Kazan, Tyne Daly and Tom Waits. It was well received by the critics and received three Oscar nominations. 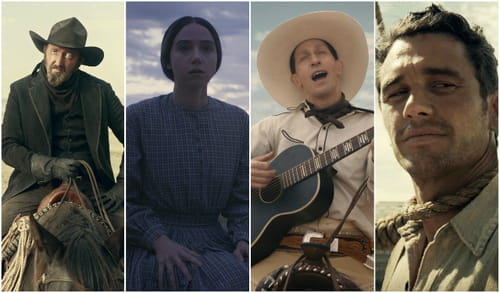 After its release in 1979, it didn’t take long for The Life of Brian to become one of the most acclaimed movies of Monty Python, the subject follows the life of Jesus Christ and a wrongly appointed Messiah looking to the bright side of life while making this film a cult classic. The Life of Brian, which has subsequently been used to explain blind faith or human stupidity applied to any moment in history, is considered by many to be the best comedy film of all time. If you believe in comedy as a true form of freedom, this can be a good movie to enjoy on Netflix. 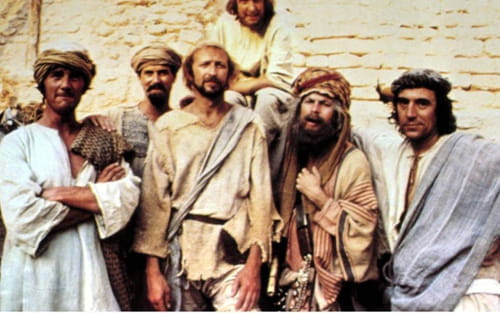 When it comes to mixing comedy with the absurd, Airplane! Is one of the oldies but goodies 80's classics that guarantees a good time. While up in the air, the crew and passengers of the plane begin to experience, let’s say not so rather nice symptoms coming from the food. With all the situations we can imagine coming from that, the pilots who are among those affected leave the plane to be rescued by passengers who'll be looking to make a safe landing all while getting into the most silly situations, but, will they make it? A good parody, some dark humor and gags that you can find on Netflix. 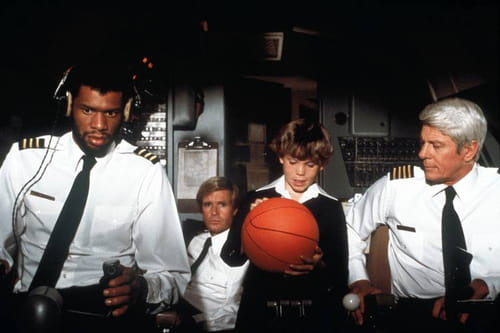 This film starring and written by Will Ferrell and alongside Rachel McAdams, tells the story of Icelandic singers Lars Erickssong and Sigrit Ericksdóttir whose dream is to represent their country at the Eurovision Song Contest. The story of Fire Saga (which is the name of the fictional band that gives the film its title) was to be released to coincide with the famous musical event that every year brings together millions of spectators in front of the television, but which had to be cancelled due to the coronavirus pandemic. Despite a synopsis that may not seem the most attractive, the result is a hilarious comedy in which you can also expect to see cameos by Pierce Brosnan, Dan Stevens and Demi Lovato. So if you miss the experience of the Eurovision contest, you can have an alternative one on Netflix. 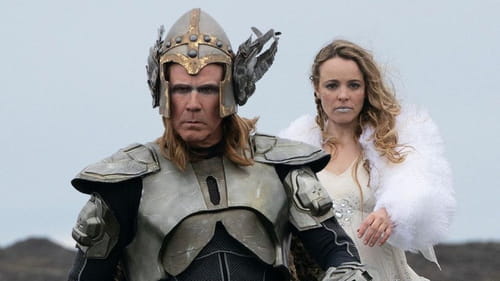 We can’t make a comedy list without mentioning Mean Girls. This movie is without a doubt one of the most memorable comedies of all time, becoming a symbol for teenagers all around since 2004. The Plastics are a group of friends trying to run high-school as absolute royalty until newby (Lindsay Lohan) appears on the scene to change their lives while she drags herself into trouble, love, friendship and chaos, you know, just like any other day in High School. Written by award winning Tina Fey (30 rock), the movie offers a good laugh and good set of memorable quotes. If you haven’t had the chance to see it, this is a movie you don’t want to miss on Netflix.You go, Glen Coco! 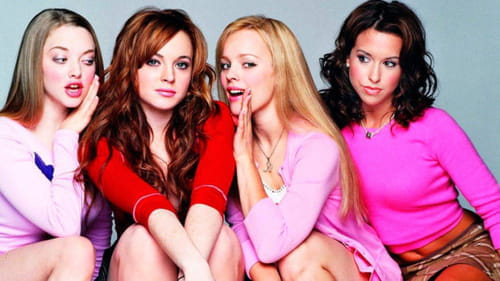 Crazy, stupid, love has earned its place among the best romantic comedies for its ability to bring out laughter alternating with tears throughout the film. Starring Steve Carell, Ryan Gosling, Julianne Moore, Kevin Bacon and Emma Stone, this is a story of love, encounters and misunderstandings, which explores how crazy and stupid anyone can be when they fall in love. Perfect to watch with your partner or friends on a weekend afternoon only on Netflix. 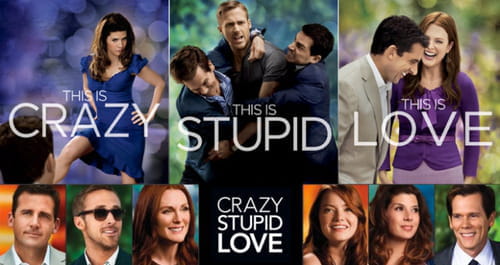 Individuality, freedom and a moving story are the elements that Greta Garwing uses to portray the life of Lady Bird. Saoirse Ronan portrays a teenage girl and her quest to find individuality and freedom for herself while dealing with the pains of sharing that freedom with her mother. The movie is a fresh new style of comedy both smart and romantic that gives a fresh eye into what teenagers live while they search for freedom, love and fun. If you want to enjoy a good time with your family or friends, keep an eye on Lady Bird on Netflix. 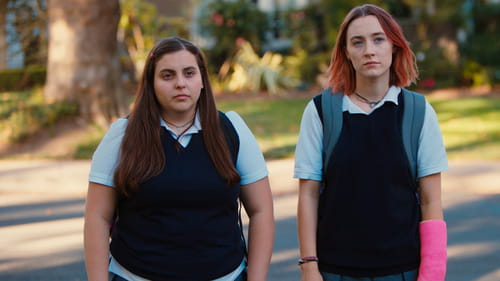 This is not the first time where James Franco and Seth Rogen join forces to bring us comedy, although it is considered by some as they’re best collaboration. Premiered in 2008, the story follows an ordinary process server and his long time dealer/friend who are forced to run away after witnessing a murderer and flee from a corrupt cop, a big time mob boss, all alongside a worried love interest (Amber Heard). Judd Apatow (Funny People) is the producer of this film, and just like many of his works, it never disappoints. If you’re in the mood for a Netflix. and chill night mixed with a good pizza, this is the perfect film! 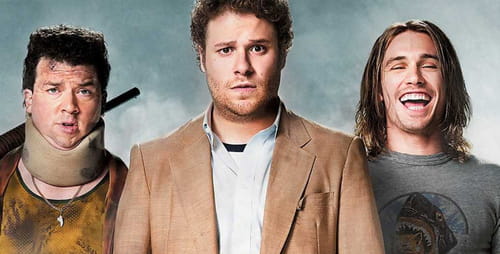 Photo: © 123RF.com
Related
This document, titled « The Best Netflix Comedies For A Laugh », is available under the Creative Commons license. Any copy, reuse, or modification of the content should be sufficiently credited to CCM (ccm.net).
Previous

Watch Free Movies and TV Shows on Netflix Without an Account

What Is Netflix Fast Laughs?

Watch Free Movies and TV Shows on Netflix Without an Account
What Is Netflix Fast Laughs?