VLC for iOS
Download
Download Open Source
iPhone iPad - English
Other systems
Download Windows version
VLC for iOS is an application that sets as a port of the free VLC media player to iPhone and iPad. It can read all movies and audio tracks supported by the media player. This latest version is packed with several features. It is developed and published by VideoLNA and written in C/ C++/Qt. 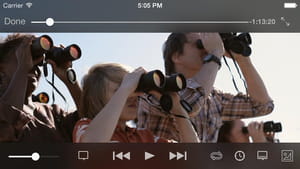 VLC for iOS is also available on Windows.
Share
Related
Latest update on August 12, 2014 at 02:36 AM.
View comment