Every month, PS4 and now PS5 users can download and play some very interesting titles for free (four in total in March). If you own a Sony console and want to take advantage of this promotion, however, you must be subscribed to the PlayStation Plus service. If you want to know the free games coming in March 2021, then keep reading. 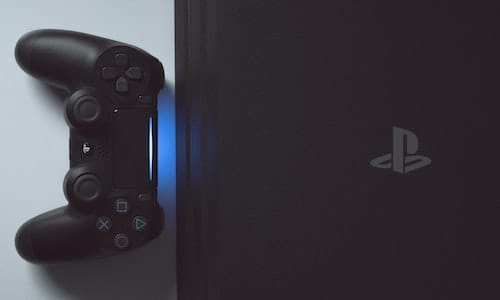 As the title itself reports, this is the remake of one of the most beloved chapters of the Final Fantasy saga (initially released for PlayStation in 1997). This RGP game, developed by Square Enix for PS4, has been completely reworked compared to the original version, both in terms of the combat system and the story, which was expanded compared to the original version. This meant that Square Enix divided the game into several parts (the second is expected in the coming months, also for PS5).

Final Fantasy 7 Remake is free to download with PlayStation Plus. If you already own a copy for PS4 and have recently upgraded to PS5, you can upgrade the game for Sony's NextGen console, called Final Fantasy VII Remake Intergrade.

Presented at E3 2016, Farpoint VR is a first-person shooter for PS4 (in virtual reality), developed by Impulse Gea. The game is set on an alien planet, near Jupiter. The protagonist is looking for two scientists on a mission on the planet. To find them, he has to explore the various areas and fight the monsters that inhabit them. The goal is to return safely to Earth. The special feature of Farpoint is the possibility to play with the PlayStation VR Aim controller. You can also use the online multiplayer mode, to play with another friend.

Remnant: From the Ashes

Remnant: From the Ashes is the last free PS4 game in March 2021. It is a 2019 third-person shooter from Gunfire Games. The world is under alien attack (coming from another dimension) and humanity, organized into bases, have to survive. To do this, the source of the threat must be found and neutralized. The protagonist is linked to Ward 13, the main hub of the game, where weapons and useful accessories can be bought. The game includes both single and multiplayer modes (with a maximum of two "comrades in arms").

Developed by Graceful Decay, Maquette is a recursive puzzle game for PS4 and PS5, out on March 2, 2021. The gameplay is in first person and, of course, involves solving several puzzles, which are mainly based on perspective. Every action can make the world change quickly, turning the big into small and vice versa.

Maquette will be free for PS5 from day one until March 5th. It is the only free game on PlayStation Plus for PlayStation 5.
Image: CCM IT

Related
This document, titled « Play Free PS4 and PS5 games in March 2021 with PlayStation Plus », is available under the Creative Commons license. Any copy, reuse, or modification of the content should be sufficiently credited to CCM (ccm.net).
Previous

Valheim: Tips and Tricks for a Good Start