After the postponement of many major sporting events in 2020, the summer of 2021 is full of sport! Beginning with the 2020 European Football Championships, Wimbledon and the 2021 Tour de France, three events which finish before the 2020 Olympics start in July, and ultimately finishing with the Tokyo Paralympics which run from August into September. This article will show you the Olympics start date, how to watch the 2020 Tokyo Olympics for free and the rough outline of the Olympic schedule. 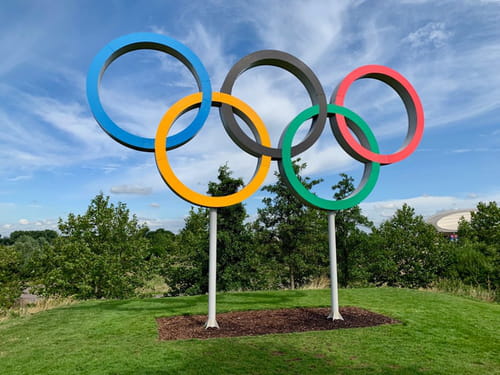 Will the Tokyo Olympics 2020 be cancelled?

Was the Tokyo Olympics cancelled? There was a great deal of debate around the Tokyo 2020 Olympics and whether or not, after being postponed in 2020, they should be cancelled altogether. Whilst it is still technically possible for the IOC to cancel the Tokyo Summer Olympics, this can only be done under exceptional circumstances, and the IOC have insisted that the games can be held with additional measures put in place to ensure the security of the athletes. 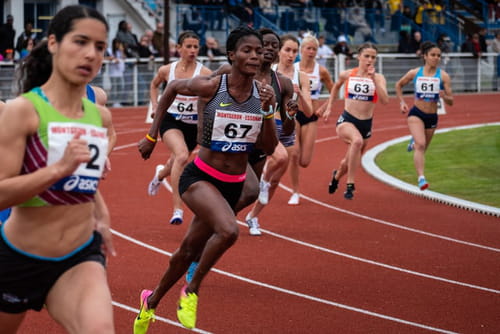 Now as to why the 2021 Tokyo Olympics won’t be cancelled, despite the global pandemic. There is a large financial implication for both the host country and the IOC. There is a contract between the IOC and the host country, if Japan decided to break the contract, they would be financially impacted, with the budget for Tokyo already at more than $15 billion. Furthermore, if the Summer Olympics were to be cancelled, it could have a knock on effect for future Olympic events.

When are the Tokyo Olympics?

The Tokyo Summer Olympic Games will be held between July 23rd and August 8th 2021, with the Paralympics taking place a month later between the 24th August and the 5th September 2021. The games were initially scheduled for July 24 - August 9, 2020 before they were postponed.

Similar questions were raised around the nomenclature of this year’s Euros, was it Euro 2020 or Euro 2021? Ultimately, the official name stayed “Euro 2020”. As for the Tokyo Olympics, the IOC stated in 2020 that despite being delayed until 2021, the Olympic Games: Tokyo 2020 will be referred to as Tokyo 2020

Where to watch Tokyo Olympics 2021?

The Tokyo Olympics will unfortunately be held with no public spectators due to rising Covid cases in Tokyo. Fortunately, the Summer Olympics 2020 is probably the most broadcast live sporting event in the world, and there are plenty of free broadcasts available in many countries. If you are currently outside of your country, but want to watch your country’s Olympic stream, then you can install a VPN and change your IP address. 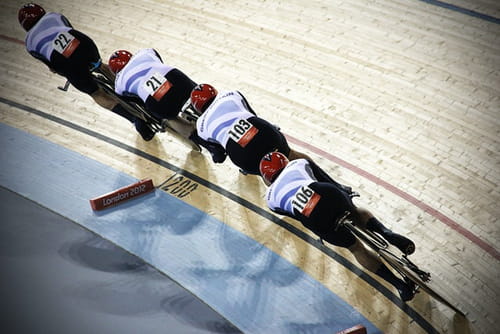 How to watch the Olympics in the US

In the US NBC is the official broadcaster for the Olympic games. You will be able to watch events on the NBC channel, and also on the Peacock TV app. There is a 7 day free trial for Peacock TV, and then it costs $4.99 per month, or $49.99 for a year.

How to watch the Olympics in the UK

In the UK, BBC iPlayer is the best way to watch the Tokyo 2020 Olympics live, and for free. There is also Eurosport Player however this is a paid service, and subscriptions cost £6.99 per month, or £39.99 for a year.

In Canada coverage is shared between a number of broadcasters, such as CBC, TSN, TLN and Sportsnet.

In Australia you can watch the Olympics on Channel 7 for free, or on 7Plus.

In New Zealand you can watch the Olympics for free on TVNZ, where there is also an on-demand streaming service. 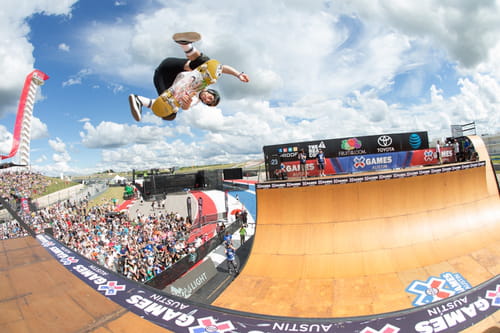 There are 33 competitions and 339 events being held across 42 venues. There are too many to list in full detail here, we will give the schedule outline, and pinpoint some high profile events, such as the 100m final, and the Skateboarding Olympic debut. If you want to access the full interactive Tokyo Olympics 2021 dates you can do so on the Tokyo 2020 website.

The main thing that you will have to be aware of is the time difference with Japan to your current location: 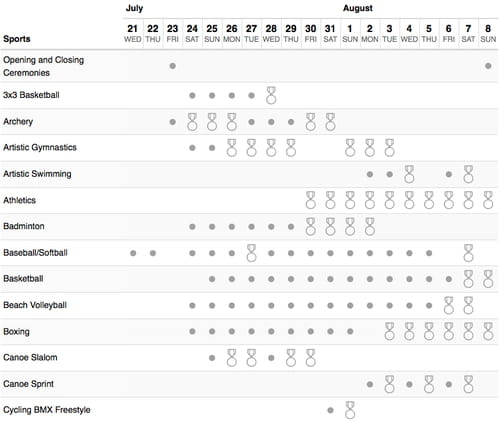 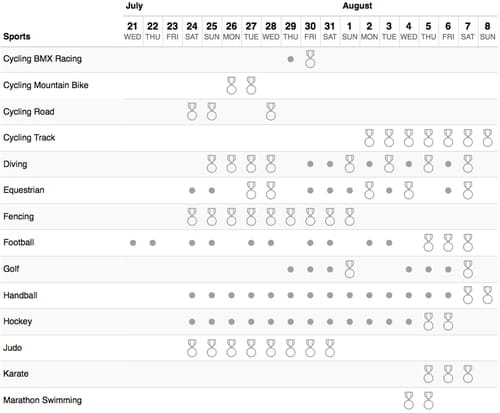 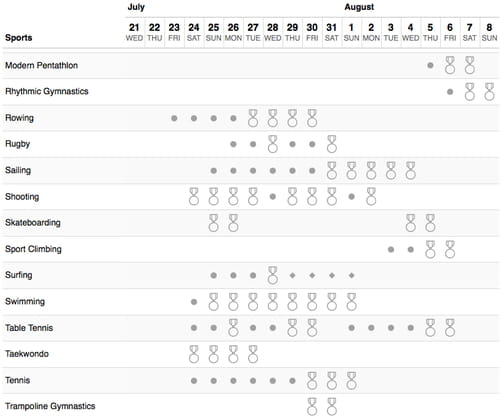 As mentioned above, the 2020 Paralympics starts several weeks after the Olympics finishes on the 24th August, and will finish on the 5th September 2020. Again, here is the outline of the Paralympic schedule, for the interactive version you can go to the Paralympics website. 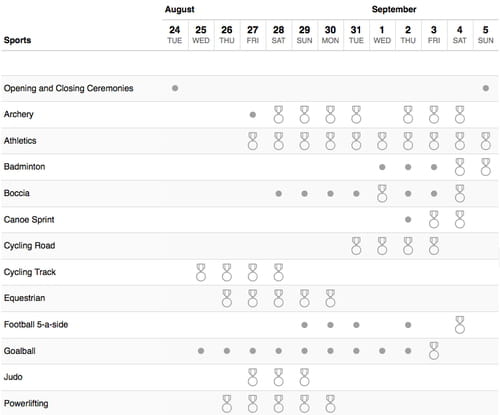 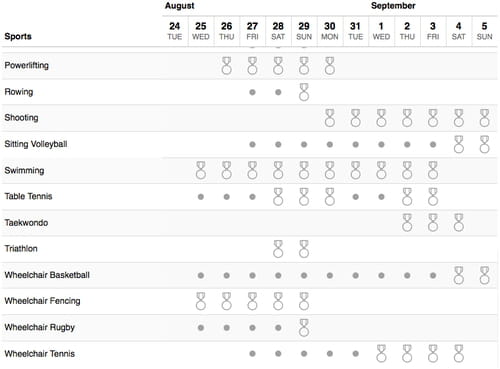 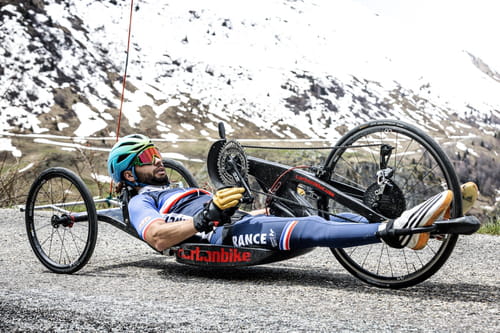 Related
This document, titled « Tokyo 2020: How to watch the Olympic Games free, schedule and events », is available under the Creative Commons license. Any copy, reuse, or modification of the content should be sufficiently credited to CCM (ccm.net).
Previous

The Best Programs to Download Videos From Any Page