This is the perfect survival horror game for those who want to bring the genre to their smartphones.

Five Nights at Freddy's 2 is an indie survival horror video game that was developed by Scott Cawthon and published by Clickteam LLC USA. The story is set in a pizza restaurant where the player has to defend themselves from different enemies. In this article, we discuss some of the game’s key features, as well as some additional information. This is the Fnaf 2 download for Android. 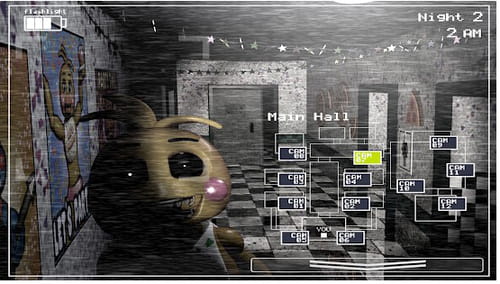 Here are some of Five Nights at Freddy’s 2 (FNAF 2) main features:

Is Five Nights at Freddy's 2 Safe?

It seems that the game has no history of security issues or abusive data collecting. As always, we recommend reading the official Privacy policy in order to take note of the way Five Nights at Freddy's 2 uses your data. In general, the app seems as safe as any other mobile game.

Is Five Nights at Freddy's 2 Free?

Unfortunately there is no FNAF2 free download , nor is there a FNAF free download. You can purchase it for $2.99 and then install the Five Nights at Freddy’s 2 download. It also contains some optional in-app purchases.

In order to run this game on your device, you need Android 5.0 and up. There is also an iPhone version that requires iOS and iPadOS 9.0 and later.
Images: Google Play